Amazon is considered one of the FAANG group of companies and Big Five Companies in the US.

Amazon is the largest internet company in terms of revenue and also the largest employer in the US after Walmart. 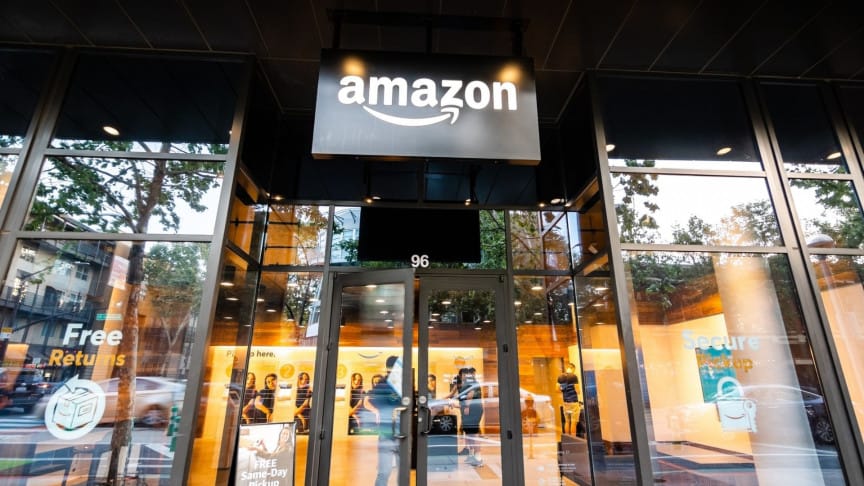 Amazon is the second Listed US company to hit a $1 trillion market cap after Apple.

In this list, we will see Who Are The Competitors of Amazon in Various Segments.

Competitors Of Amazon in

Alibaba Groups is one of the largest e-Com companies owned by Chinese billionaire Jack Ma which operates in 180+ countries through its sub-brands called Aliepxress, Taobao, Tmall, and also Alibaba offers B2B, B2C services

eBay is ranked position 470 on Forbes Global 2000 with a Market Capitalization of $47.74 billion. Founded in 1995 in the United States, eBay has its headquarters in San Jose, California, and employs more than 12,000 personnel.

Operating in the Internet and Catalog Retail Industry, eBay had around $11.165 billion in the FY21 ( 2020-2021 ). It made a profit of $2.896 Billion from its various platforms, including StubHub and Marketplace, among others. It also provides investments, marketing services, and advertising to help develop and sustain commerce on its online and mobile platforms.

With a market cap of $122 billion and sales revenue of $124 billion in 2021, JD has claimed its stake in the Internet and Catalog retail industry. It employs more than 2,40,000 people and has always been recognized as among the world’s best employers and growth champions.

Flipkart is most popular in India and other Asian regions. At first, the site was launched as a bookstore, and after it gained popularity, more things started getting available here. Today you will find clothes, apparel, lifestyle, mobiles, televisions, accessories, laptops, and many other things.

Flipkart displays its products with brief descriptions and shows reviews and comments that will help visitors better analyze the product. These are the features that make Flipkart one of the most popular top 10 e-commerce websites in the world, and also, it is one of the largest Competitors of eBay in India.

operating in the Internet and Catalog Retail industry, Rakuten Inc. is divided into segments for operational efficiency. I.e. Internet Finance Segment which takes care of electronic money, credit cards, banking, and securities; Internet Services Division that takes care of sales and advertising and the Others Division that mainly deals with telecommunication services

Having been founded in the year 1997, Rakuten. Inc has its headquarters in Tokyo, Japan. Its market capitalization was $17 billion as of now and it made $11 billion worth of sales. The company has more than 15,000 employees.

Many brands have started selling their products directly from their sites to increase their brand visibility and command over their products which becomes a major threat for e-commerce companies.

Walmart malls are mainly popular shopping destinations in the United States of America. However, now it has become one of the top 10 e-commerce websites in the world. It offers home appliances, toys, electronics, fashion accessories, sports, gifts, crafts, groceries, etc.

This is a retail multinational based in the USA that operates grocery stores, supermarkets, and department stores. Owned by the Walton family with a more than 50 percent stake in the business, Walmart employs more than 2 million people and made around $562 billion in FY21 ( 2020 – 2021 ) as sales revenue and profit of over $12.2 Billion. Some of its subsidiaries include Jet.com, Sam’s Club, et cetera.

Target is the second-largest department store in the US after Walmart. It operates more than 1800 stores throughout the country and boasts an extensive e-commerce solution giving customers access to the full range of target products and services online and in-store.

Reliance Industries portraits as one of the biggest competitors of Amazon in India in Both E-commerce and Retail Segments.

Disney + will indeed serve as a major rival for YouTube, which will offer exclusive original shows and big-budget movies from Pixar, Star Wars, Marvel, as well shows from its studio.

What makes it exciting is that all of it will be offered at $6.99 a month, half of the cost charged by HBO.

Hulu is another leading competitor of Youtube, which is reputable for its high-quality premium services for both on-demand and live movies and TV shows.

Whether you are traveling or at the comfort of your home, their services are easily accessible. Regardless of any major broadcast network in the US, it provides immediate access to every show for its users.

Apple has launched Apple TV+, an online video streaming service, in Nov 2019. Its content is available on Apple’s website and Apple TV app for a monthly fee of $4.99.

As a major competitor of YouTube, HBO NOW was launched by HBO, providing users access to all HBO’s programs without subscribing to the cable. This is the best deal for everyone keen to watch the latest season of their favorite shows.

In 2019, YouTube dominated 70% of the total time people spent watching the top five platforms on their phones. The streaming service also dominates 75% of Android phone users worldwide. Netflix should be worried. In 2020, YouTube TV increased its content and now offers more channels than any other competitor and offers unlimited storage. But, YouTube TV also raised its monthly fee in June 2020 to $64.99, pushing some users to Netflix.

As a replacement for cable, Sling TV serves as a cost-effective and reliable service for streaming video. It offers live TV service at only $25 a month, allowing people to watch their favorite TV channels live.

Paramount+ is an American subscription video-on-demand over-the-top streaming service owned and operated by ViacomCBS Streaming, a division of ViacomCBS. It offers original content, including newly aired CBS broadcast properties and content from the ViacomCBS library.

HotStar is an Indian online streaming service that deploys the most adaptive technology for streaming video. As the video quality is adjusted automatically according to the bandwidth, users get the best experience on WiFi and network connections.

ZEE5 is an Indian on-demand Internet streaming media provider run by Essel Group via its subsidiary Zee Entertainment Enterprises. It was launched in India on 14 February 2018 with content in 12 languages. The ZEE5 mobile app is available on Web, Android, iOS, Smart TVs, among other devices.

SonyLIV is an Indian over-the-top Freemium streaming platform owned by Sony Pictures Networks India. SonyLIV was introduced in 2013 as the first OTT service in India.

YouTube Music is a music streaming service developed by YouTube, a subsidiary of Google. It provides a custom interface for the service that is focused on music streaming and allows users to browse songs and music videos on YouTube based on genres, playlists, and recommendations.

Spotify is the largest online music streaming company in the world with over 113 million paying customers and 248 million monthly users worldwide.

Google cloud platform is the third largest cloud computing company after AWS and Microsoft Azure with over 6% market share in the Cloud market.

Google is investing aggressively in the Google cloud platform to increase its market share in the Cloud market.

Microsoft Azure is the second-largest cloud computing company after AWS with over 17% market share in the cloud market.

Google Assistant is one of the best virtual assistants in the market. It interacts with us and helps us to automate some of the important tasks

Even We at Business Mavericks like Google Assistant a Lot 😄.

Siri is an AI assistant Brought by Apple Inc in 2009, which also works more like other assistants available in the market but it is only available to the Apple ecosystem.

Amazon Ads are served across its amazon.com site and its partner sites. for the past few years, Amazon Ads is growing at a YoY Growth rate of 117%.

Google is the largest online Advertising in the world with over 30% in 2021. Google has a huge market share in the mobile ads market share than others.

Facebook is the second largest online advertising company in the world. As per the latest report amazon ads climbed well due to Apple IOS 14 privacy update.