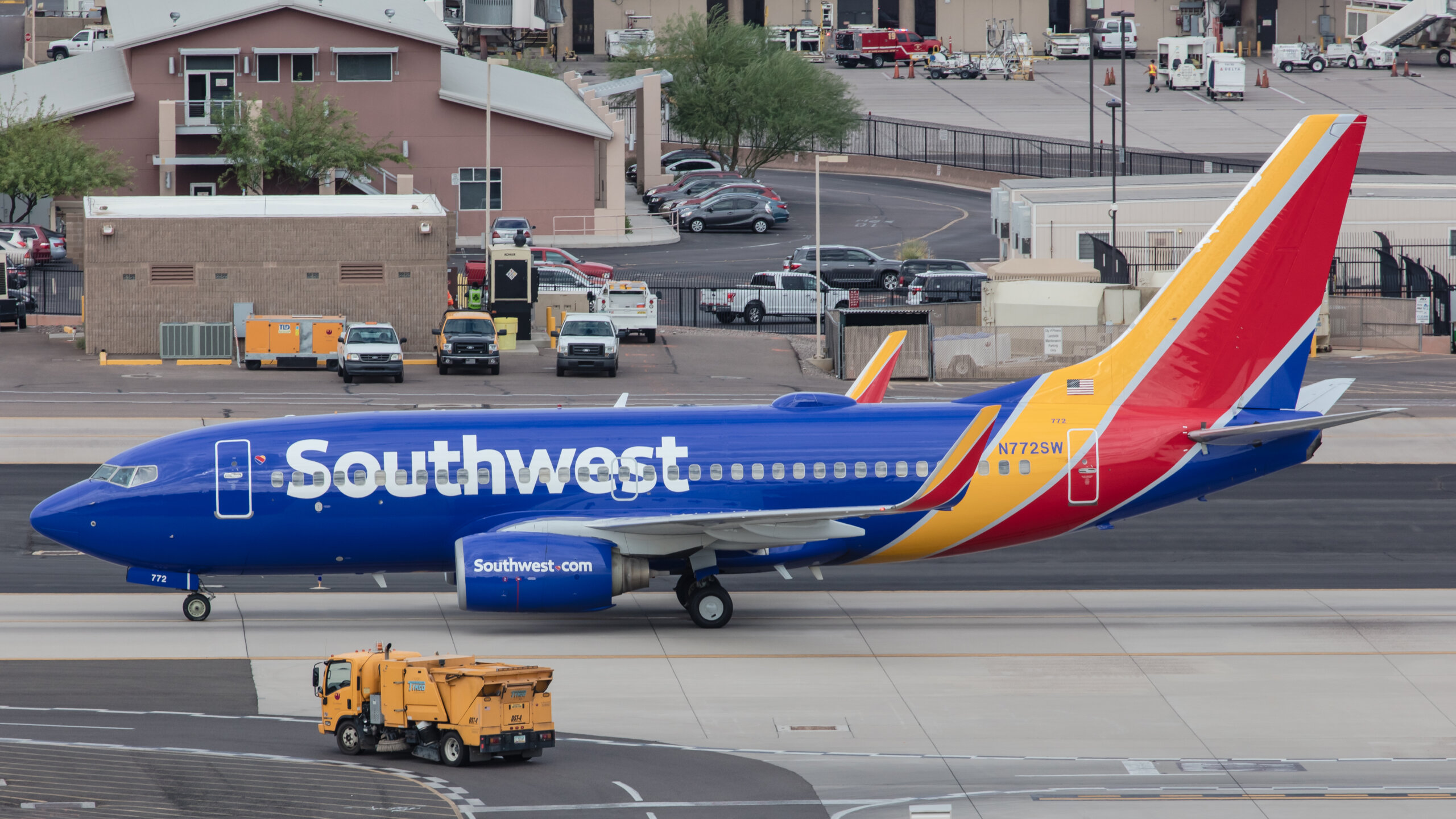 The airline was founded on March 15, 1967, by Herb Kelleher and Rollin King as Air Southwest Co. and adopted its current name, Southwest Airlines Co., in 1971, when it began operations as a domestic carrier exclusively within the state of Texas, initially flying between Dallas, Houston and San Antonio. In 1979, it began interstate regional service and expanded statewide in the following decades. Southwest currently flies to airports in 42 states and several Central American destinations.

Southwest’s business model differs from other U.S. airlines because it uses a rolling hub and point-to-point network and allows free checked baggage. The fleet consists entirely of Boeing 737 aircraft.

The airline employs nearly 60,000 people and offers about 4,000 daily departures during the peak travel season.

Southwest Airlines should diversify its revenue sources. Any issues that hinder tourism or travel during uncertain times can be disastrous for the airline.

STP:  Southwest Airlines is a low-cost airline that offers point-to-point service. The airline has a strong presence in the southwestern United States, with a focus on leisure travel.

Southwest Airlines does not use a hub-and-spoke model like other airlines, which means that its passengers can avoid the hassle and expense of connecting flights. The airline also offers a variety of amenities, such as free checked bags and in-flight entertainment.

Also, Read What is PESTEL Analysis? How It Helps Businesses

As of October 2021, the company had a market capitalization of $13.137 billion and a 2020 PE ratio of -1.03. American Airlines incorporates cross-selling tactics into its overall marketing strategy. It ensures maximum benefits and an immersive experience for its customers. These efforts enable the company to maintain a competitive advantage and provide quality service.

In July 2021, American Airlines announced its second-quarter results. They reported operating revenues of $7.5 billion, an 87 percent increase over the first quarter of 2021. In 2020, American Airlines had the most significant domestic market share at 19.3 percent, followed by Southwest Airlines at 17.4 percent. The company offers an average of 6700 flights daily to more than 350 destinations in 50 countries.

Southwest Airlines’ competitive advantage lies in its extensive global route network and significant business and corporate customers in its major markets. Southwest must maintain a competitive advantage to counter the threat of American Airlines’ strength in global markets by expanding its domestic route network and introducing strategically priced international flights.

2. Delta Airlines, Inc [NYSE: DAL] is an American airline headquartered in Atlanta, Georgia. The company became an airline in 1928 and began crop dusting in the Great Mississippi Delta. It operates a fleet of 750 aircraft in all commercial segments and has a market capitalization of $27.862 billion.

The price-to-earnings ( P/E) ratio for 2020 was -4.5, but it is projected to grow at 62.02% by the end of 2021. Delta Airlines, Inc. is no stranger to competition; it is one of the most competitive companies in U.S. commercial aviation. In 2020, it controlled 15.5% of the domestic air travel market, ranking third behind American Airlines and Southwest Airlines.

Delta promotes vertical integration to differentiate itself from the competition, meaning it controls every aspect of its business, from production to service. This allows the company to keep the upper hand on customers by offering lower fares and a better user experience. The company also buys used aircraft and is committed to low unionization of workers.

3. United Airlines, Inc [NYSE: UAL] is a major U.S. airline holding company headquartered in Chicago, Illinois. It began operations in March 1931 and currently operates a fleet of 849 aircraft. As of October 2021, it had a market capitalization of $16.074 billion and a 2020 PE ratio of -1.8

United Airlines flies to 111 international destinations in 74 countries and 79 domestic destinations in the United States. United Airlines also has partnership agreements with airlines in Asia, Europe, and Latin America. In July 2021, United Airlines released its second quarter 2021 results and reported total revenue of $5.5 billion, a 25 percent decrease from 2019. The airline said a net loss of $0.4 billion with available liquidity of approximately $23 billion.

United Airlines’ competitive advantage over Southwest is its large fleet of aircraft and international flights. Its focus on promoting environmentally friendly travel also makes United Airlines a strong competitor. The company’s commitment to innovation by promoting a digitized travel experience makes it likely to be the next major airline.

4. Spirit Airlines, Inc. [NASDAQ: SAVE] is an American ultra-low-cost carrier (ULCC) headquartered in Miramar, Florida. Founded in 1983 as Charter One, a Michigan-based charter airline, the company changed its name to Spirit Airlines in 1996 and became a low-cost airline.

It currently operates a fleet of 168 Airbus aircraft. As of October 2021, it had a market capitalization of $2.803 billion and a 2020 P/E ratio of -3.05. The company competes for market share in U.S. domestic air travel with a customer-centric approach that emphasizes low fares, flexibility, and quick turnaround. The company also factors in additional costs for customizable itinerary changes and carry-on baggage.

In 2020, Spirit Airlines controlled 5.8 percent of the domestic air travel market. The company reported operating revenues of $859.3 million and adjusted net income of $36.3 million in its second quarter 2021 reports.

How Southwest Airlines sets itself apart from its competitors

Despite its strong position, the company focuses on hiring the right people, creating a relaxed atmosphere, and committing to its core values to strengthen its market position. The company is not only an industry leader but also competes on reputation.

Its flexible policies make flying with Southwest Airlines convenient and allow customers to travel without hidden fees. Passengers can cancel their flight up to 10 minutes before departure without incurring costs. This customer-friendly policy sets the company apart from its competitors.

Southwest Airlines’ commitment to the environment through eco-friendly practices also contributes to the company’s value proposition. The website