HDFC Bank Limited is an Indian banking and financial services company headquartered in Mumbai, Maharashtra. HDFC Bank is India’s largest private bank by assets and by market capitalization ( as of April 2021). It is the third-largest company by market capitalization ($145 billion) on the Indian stock exchanges. It is also the fifteenth largest employer in India with nearly 120,000 employees. 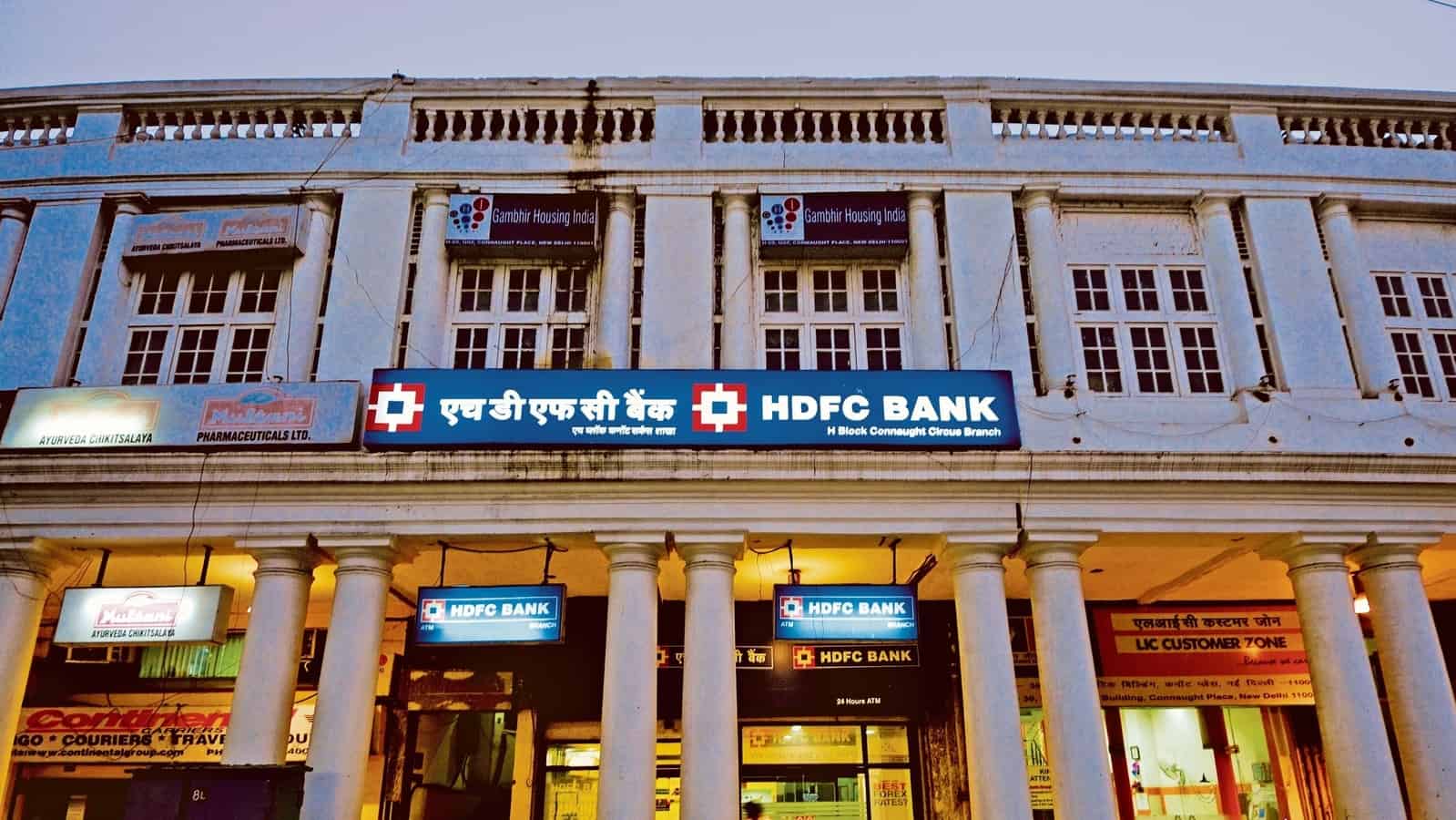 Let us look into the Overview of HDFC Bank and then we can move on to the SWOT Analysis of HDFC Bank.

HDFC Bank was incorporated in 1994 as a subsidiary of Housing Development Finance Corporation and is headquartered in Mumbai, Maharashtra, India. Its first head office and a full-service branch at Sandoz House, Worli, were inaugurated by the then Union Finance Minister, Manmohan Singh.

In 2008, Centurion Bank of Punjab ( CBoP ) was acquired by HDFC Bank. The board of HDFC Bank approved the acquisition of CBoP for Rs 95.1 billion in one of the largest mergers in the financial sector in India.

In 2021, the bank acquired a 9.99% stake in FERBINE, a Tata Group-sponsored venture to run a pan-India umbrella company for retail payments systems, similar to the National Payments Corporation of India.

In September 2021, the bank partnered with Paytm to launch a range of credit cards backed by the global card network Visa.

HDFC (parent company of HDFC BANK) has invested `1,000 crores in Yes Bank. As per the Yes Bank reconstruction plan, 75% of the company’s total investment will be locked in for three years. On March 14, Yes Bank allotted 100 million shares of the face value of Rs 2 Rs 10 each (including Rs 8 premium) to the company, representing 7.97 per cent of Yes Bank’s post-issue share capital. 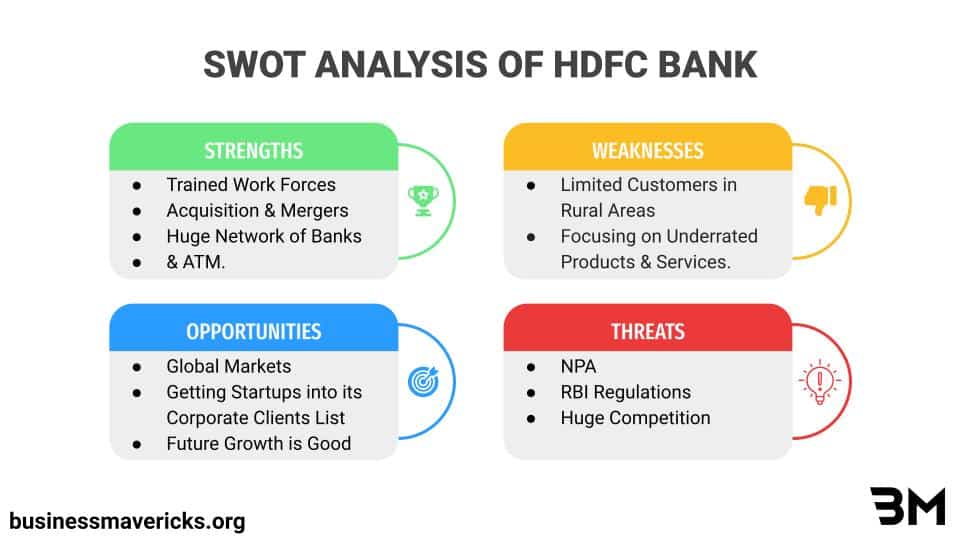 Following the detailed SWOT Analysis of HDFC Bank, we have a few suggestions from Business Mavericks:

HDFC Bank is the largest private and 2nd largest bank in India.