OnePlus TechnologyCo., Ltd. is a Chinese consumer electronics manufacturer headquartered in Shenzhen, Guangdong Province, in the Tairan Building on the Chegong Templesubdistrict of Futian District. It was founded in December 2013 by Pete Lau and Carl Pei and is currently majority-owned by Oppo as its sole shareholder, which is a subsidiary of BBK Electronics along with Vivo, Realme, and iQOO.

The company is mainly known for manufacturing smartphones and officially serves 34 countries and regions around the world. 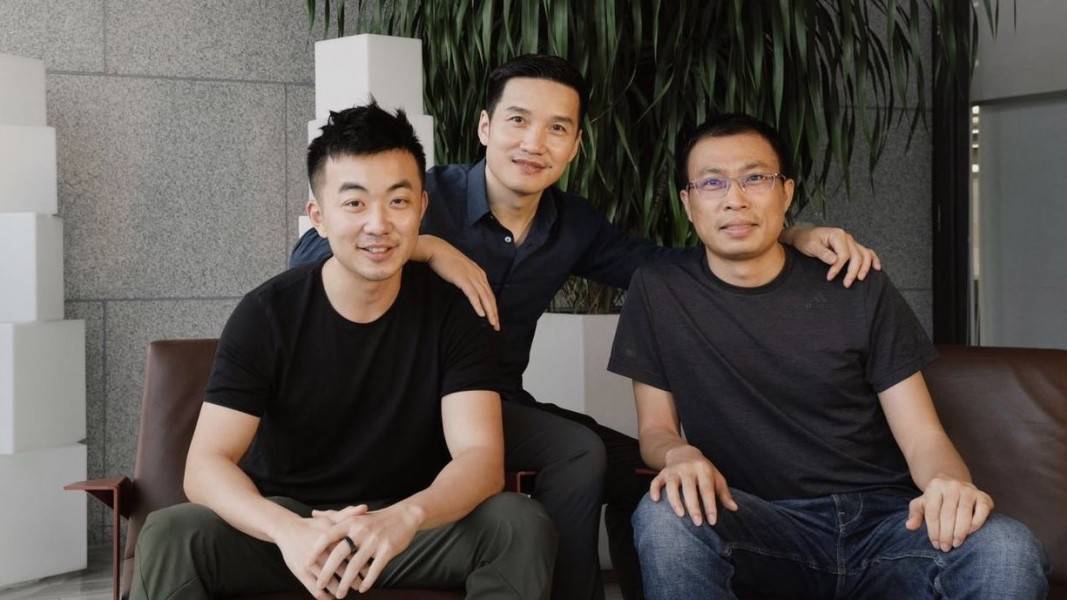 Let us look into the Overview of Oneplus and then we can move on to the SWOT Analysis of Oneplus.

OnePlus was founded on December 17, 2013, by the former vice president of Oppo Pete Lau and Carl Pei. According to Chinese public records, the only institutional shareholder of OnePlus is Oppo Electronics.

Lau denied that OnePlus was a wholly-owned subsidiary of Oppo, stating that Oppo Electronics, not Oppo Mobile (the phone maker), was a major investor in OnePlus and that they were “in talks with other investors”, although OnePlus has confirmed that it uses Oppo’s production line and shares some of its supply chain resources with Oppo.

The company’s main goal was to create a smartphone that balances high-end quality with a lower price than other phones in its class, as users would never settle for other companies’ inferior devices. Lau explained that “we will never be different just to be different. Everything we do has to improve the actual user experience in their daily usage.

The slogan of Oneplus is Never Settle.

The meaning of Oneplus

Oneplus means it is One Step Ahead Of Its Competitors.

Initially, there were only a few members at OnePlus. Even a team leader went to the warehouse to help pack the phones before the launch.

The SWOT Analysis of Oneplus includes its strengths, weaknesses, opportunities, and threats. And in this reading of the SWOT analysis of Oneplus, we will examine this beauty and wellness company in terms of its internal and external factors. 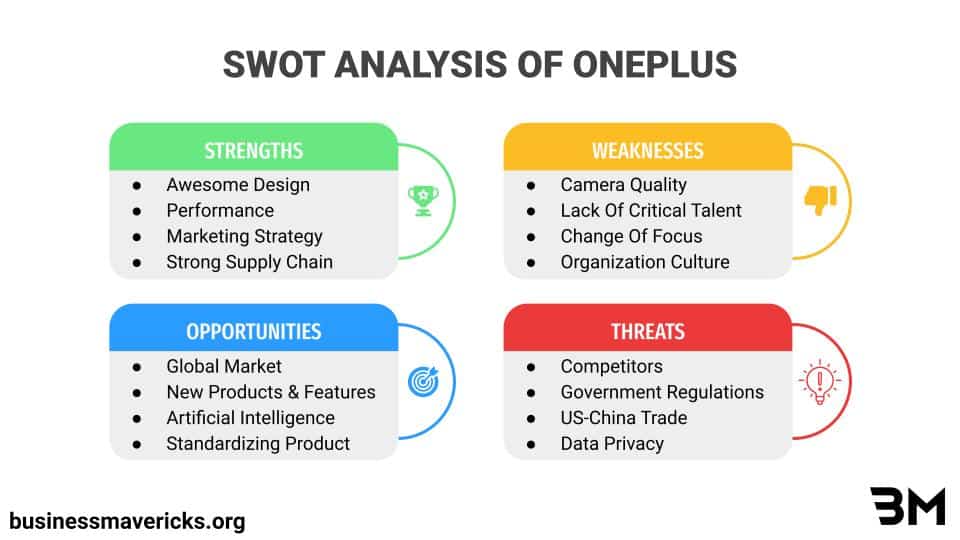 Robert Downey Jr was a brand ambassador for Oneplus Ltd Since 2019 After the release of Avengers End Game. 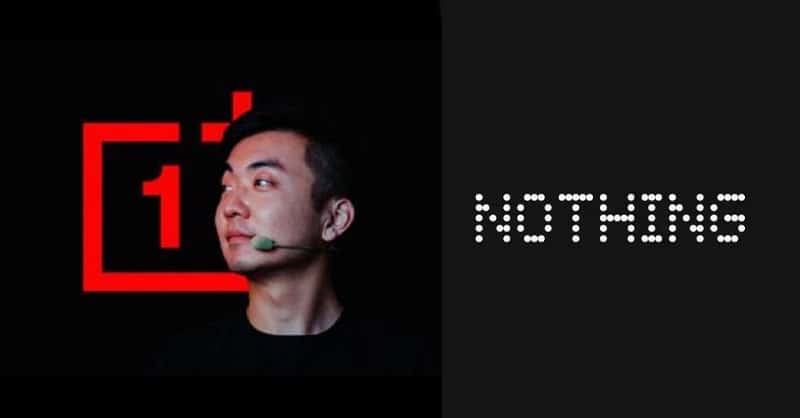 Also, Read the SWOT Analysis of Infosys, one of the largest tech companies in India.

The US has banned Huawei from sharing data with the Chinese Government. And India has also recently banned over 100 apps, including Tencent, Alibaba, TikTok, and other popular brands, for Data Sharing.

Following the detailed SWOT analysis of Oneplus, we have few suggestions from Business Mavericks:

Thank you for reading, please subscribe to our E-Mail Newsletter ( link below ) to our blog to be notified when we publish a Detailed Analysis of the company.