Udaan is Bengaluru based B2C market startup owned and operated by Hiveloop founded ex-Flipkart employees Amod Malviya, Sujeet Kumar, and Vaibhav Gupta in 2016. Udaan’s business model helps to connect the manufacturers directly with the retailers instead of third-party dealers, which helps both the manufacturers and retailers cut at least some percentage of the commission with over 8+ categorized products to sell in their seamless platform.

According to the latest reports, the Udaan business model has helped the company create a record by crossing $1 billion valuations in just 26 months. As of now, the categories that are available in the marketplace are fashion and electronics. Let’s glance at the company before going forward to Udaan Business Model, Udaan Revenue, and Udaan Competitors.

Initially, Udaan started as a logistic platform for small customers and dealers in electronics and apparel. At that time, they targeted the logistics business for approximately 8-10 months. They gained popularity in India quickly and constructed a large database of customers and dealers in advance, and later, using that data, they smartly stepped into the delivery enterprise.

Very quickly, Udaan gained popularity and started eyeing to develop to be a lending platform for merchants. Udaan is attempting to construct a full-stack platform for small and mid-sized firms to create a mixture of the market, logistic services, and lending.

Udaan is an enterprise in which producers and wholesalers can promote their merchandise to outlets through an internet platform or cellular app.

What is Udaan and Its Meaning?

Udaan is a B2C and Delivery enterprise, which was started to ease the works of manufacturers, wholesalers, and retailers.

Udaan’s English meaning is Flight and also known as the act of flying in the air.

Udaan Founders and Its Team

The initial idea of Udaan.com was of the ex-Flipkart employees – Amod Malviya, Vaibhav Gupta, and Sujeet Kumar.

Vaibhav Gupta was the former Senior VP at Flipkart. a graduate from IIT Delhi

Sujeet Kumar worked as a supply chain, built operations and logistics executive at Flipkart, and also he is a graduate from IIT Delhi.

And Amod Malviya was the Chief Technology Officer at Flipkart, a graduate from IIT Kharagpur, and he is also known as Backbone of Flipkart.

Udaan has over 8000 employees working in various positions.

Difference Between Udaan and Others like Amazon and Flipkart

Udaan is the Indian version of Alibaba, a B2C platform that helps customers buy directly from the manufacturers instead of middlemen’s helps, which Amazon and Flipkart use. 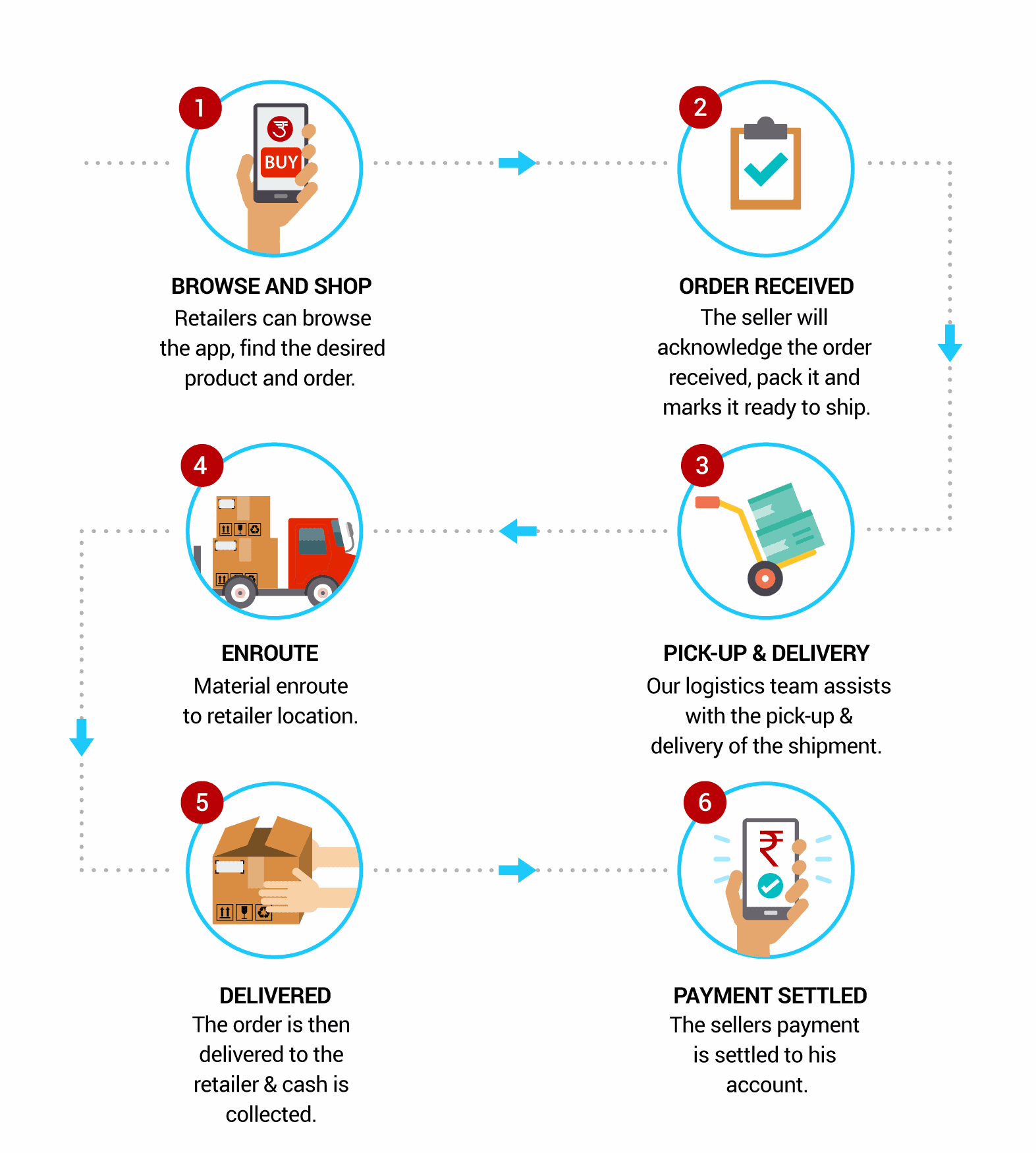 Why Their Business Model is So Success

Udaan makes money from a lot of different sources. Its primary revenue sources include: Udaan has received a total of $1.2 Billion in six funding rounds. The most recent funding was raised in a Series B round on Jan 6th, 2021, around $280 million. Thirteen investors have funded Udaan.

Udaan’s current valuation is estimated to be around $3 Billion.

Zoom Tail is one of the biggest competitors of Udaan. Zoom tail started in 2018, and it is also a Bangalore-based enterprise. It became fashioned to offer e-commerce answers to small and medium-sized companies. Its primary purpose is to assist the small stores in discovering their market industry, buying inventory, and using diverse gear to make their businesses bigger. It has continuously been elevating finance for the closing years to expand and enhance its generation and be one of the biggest B2B e-trade systems.

Big Trade, which started in 2017, has grown out to be India’s pinnacle B2B wholesale shopping and selling systems. It attached the small stores with the wholesalers, thereby growing their operational performance and decreasing their costs. It enables producers and vendors to set up a logo for themselves and get a sturdy foothold throughout India. In 2019, the generation department of Walmart, Walmart Labs, obtained Big Trade. The Big Trade tells us that it will be a fierce competitor for the rising Indian startup, Udaan.

Like Udaan, Trade Kosh is an e-trade B2B platform that connects the stores with the producers. It targets to offer stores with merchandise on the wholesale stage and goals to expand its inventory control and dealer control with the help of analytics and records science. However, even after going through such excessive competition, the corporation has been a hit in its success rate. This is because it has an aggressive gain which units it apart from its competition.

Olist is a company that provides an online e-commerce site aggregation platform designed to facilitate direct sales on large e-commerce sites. Its platform connects entrepreneurs with major online retailers and allows shopkeepers to advertise and sell in the marketplaces.

Some of India’s largest fast-moving consumer goods (FMCG) manufacturers such as Amul and Parle Products have alleged that business-to-business (B2B) e-commerce platform Udaan monopolizes distribution to retailers and does not supply their goods directly to the Bengaluru-based startup.

According to a report by ET, RS Sodhi, the managing director of India’s largest dairy company Amul, has confirmed this development.

Executives from two major FMCG companies, who did not want to be named, said they have restricted the direct supply of select stocks to Udaan. The startup operates in FMCG, lifestyle, and general merchandise segments and has over 3 million users, 1.7 million retailers, and 30,000 sellers on its platform, the report said.

Udaan claimed that it buys Parle’s products on the open market, putting it at a competitive disadvantage compared to other distributors that buy directly from the company. This, Udaan said, leads to higher costs not only for the company itself but also for small retailers who buy from it, according to the report by ET.

According to the complaint filed with the CCI, Udaan alleged that Parle was refusing to supply stocks of its biscuit brand – Parle-G – which amounted to “abuse of dominant position” under Section 4(2) of the Competition Act.

The ET report said a nationwide lockdown during the Covid-19 pandemic last year and a second wave of the virus outbreak in April-May this year severely affected distribution channels, impacting in-shop stocks, leaving distributors under pressure from retailers to supply.

This news was published on September 6th, 2021 In Economic Times.

Who Are The Founders of Udaan?

What are The Udaan Commission Charges?

Udaan commission charges varying from 16%-18% from their sellers.

Udaan is not Publicly listed in any of the stock exchanges in India. we can only find the share price of a company that is publicly listed.

What is the Valuation of Udaan?

As per the report, Udaan’s current valuation is around $3.1 billion.

When is Udaan IPO?

Udaan Plans To Launch Its IPO in Next 18-24 Months.