McDonalds is one of the largest food chain Restaurant in the world with over thousands of franchises around the world. 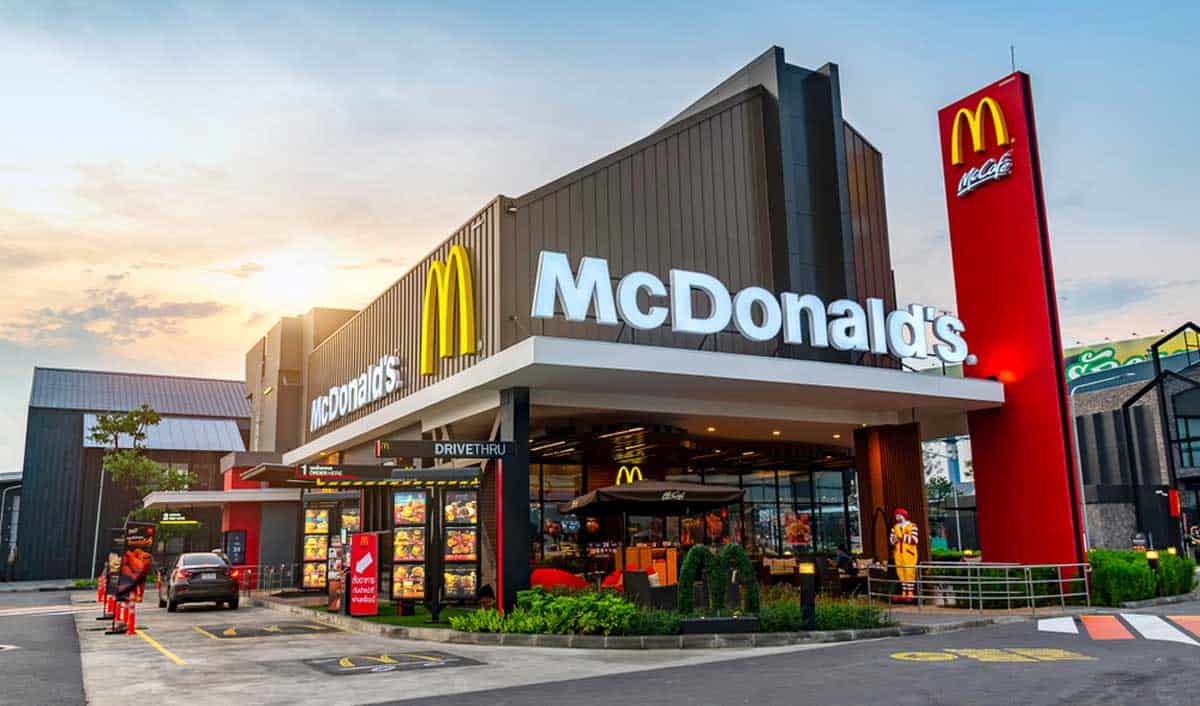 Let us look into the Overview of McDonalds and then we can move on to the McDonalds SWOT Analysis.

McDonalds is an American fast food company founded in 1940 as a restaurant by Richard and Maurice McDonald in San Bernardino, California, United States. They renamed their business Hamburger Stand and later converted the business into a franchise.The Golden Arches logo was introduced in 1953 at a location in Phoenix, Arizona. In 1955, businessman Ray Kroc joined the company as a franchise representative and purchased the chain from the McDonald’s brothers. McDonald’s was formerly headquartered in Oak Brook, Illinois, but moved its global headquarters to Chicago in June 2018.

McDonald’s is the largest restaurant chain in the world by sales, serving more than 69 million customers daily in over 100 countries through 37,855 stores as of 2018. Although McDonald’s is best known for its hamburgers, cheeseburgers, and fries, the company also offers chicken products, breakfast products, soft drinks, milkshakes, wraps, and desserts.

In response to changing consumer tastes and negative response to unhealthy foods, the company has expanded its menu to include salads, fish, smoothies, and fruit. McDonald’s Corporation’s revenue comes from rents, royalties, and fees paid by franchisees, as well as sales at company-operated restaurants. According to two reports published in 2018, McDonald’s is the second largest private employer in the world (behind Walmart with 2.3 million employees) with 1.7 million employees. As of 2020, McDonald’s has the ninth highest global brand value

The Caesar Salad is More Fattening than their Hamburger. 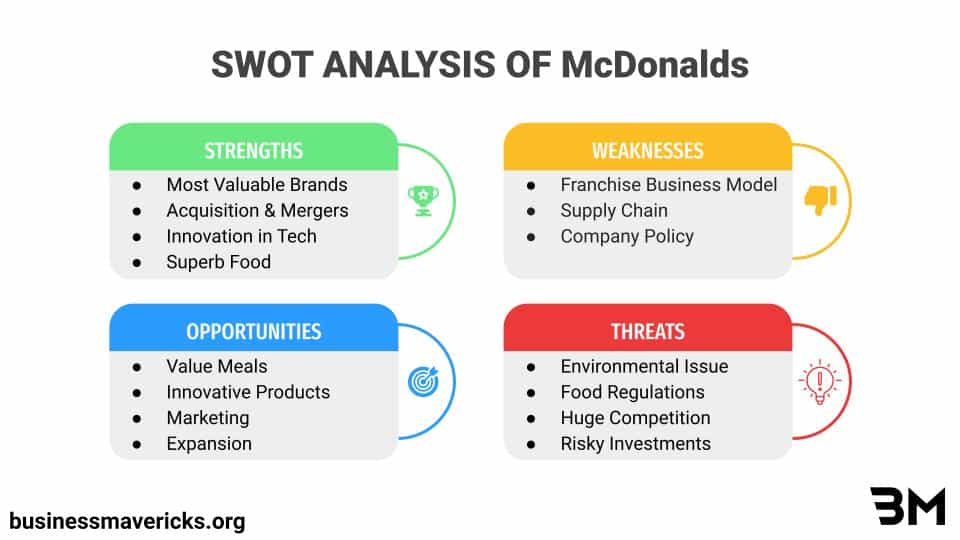 Also, Read Rules That McDonalds Employees Have to Follow.

Following the detailed McDonalds SWOT Analysis, we have a few suggestions from Business Mavericks: