Startups are a great way for investors to make profits, where there is no fierce competition and the creators of an idea can realize it with the support of influential and wealthy people. 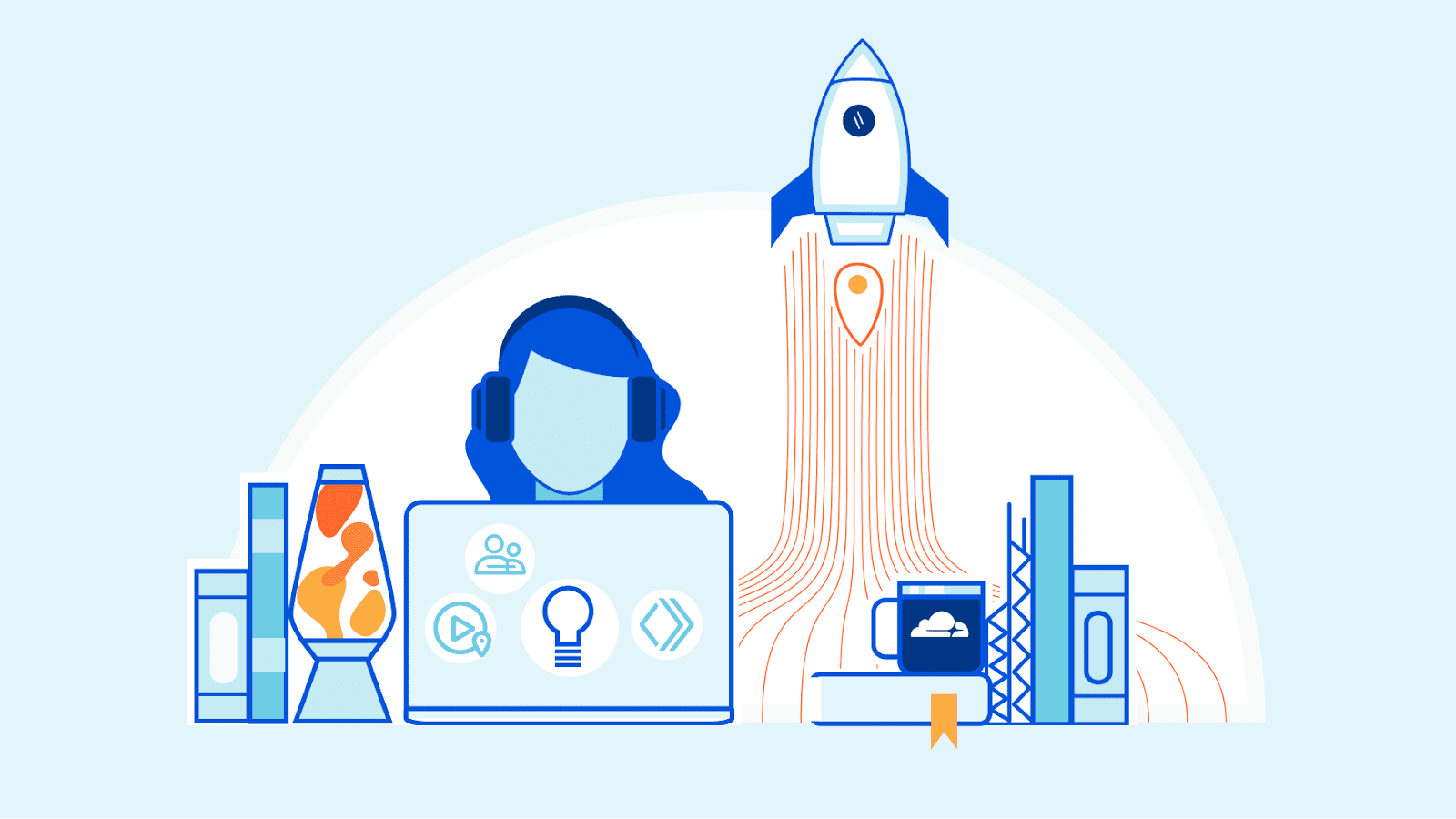 New products and developments appear in the world regularly, but the most successful of them have already made a place for themselves in the business world.

We decided to present the Top 10 Most Profitable Startups in India.

Startup India Initiative By The Government Of India

Startup India is an initiative of the Government of India. The campaign was first announced by Indian Prime Minister, Narendra Modi during his speech on August 15, 2015.

The action plan of this initiative focuses on three areas:

Another area related to this initiative is the removal of restrictive policies of the state government in this area such as License Raj, Land Permissions, Foreign Investment Proposals, and Environmental Clearances. It was organized by the Department of Promotion of Industry and Internal Trade (DPI&IT).

A startup is defined as a company that has its headquarters in India, opened less than 10 years ago, and has an annual turnover of fewer than Rs 100 crores (US$14 million). Under this initiative, the government has already launched the I- MADE program to help Indian entrepreneurs start 10 lakh (1 million) mobile app start-ups and the MUDRA Bank program (Pradhan Mantri Mudra Yojana), an initiative aimed at providing micro-credit at low-interest rates to entrepreneurs from low socio-economic backgrounds. The initial capital of Rs 20,000 crores (equivalent to Rs 230 billion or US$3.2 billion in 2019) has been allocated for this program. 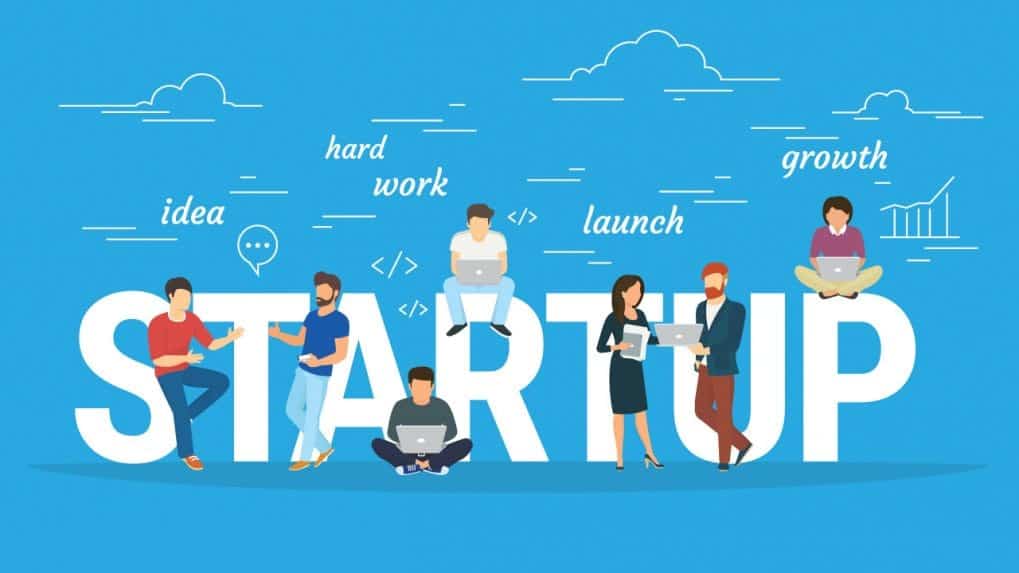 10 Most Profitable Startups in India

Zoho Corporation is an Indian multinational technology company that makes web-based business tools. The company is best known for its online office suite, Zoho Office Suite. The company was founded in 1996 by Sridhar Vembu and Tony Thomas and has seven locations. Its global headquarters is in Chennai, Tamil Nadu, India, and its corporate headquarters is outside Austin in Del Valle, Texas. Radha Vembu, sister of Shridhar Vembu, owns a majority stake in the company. 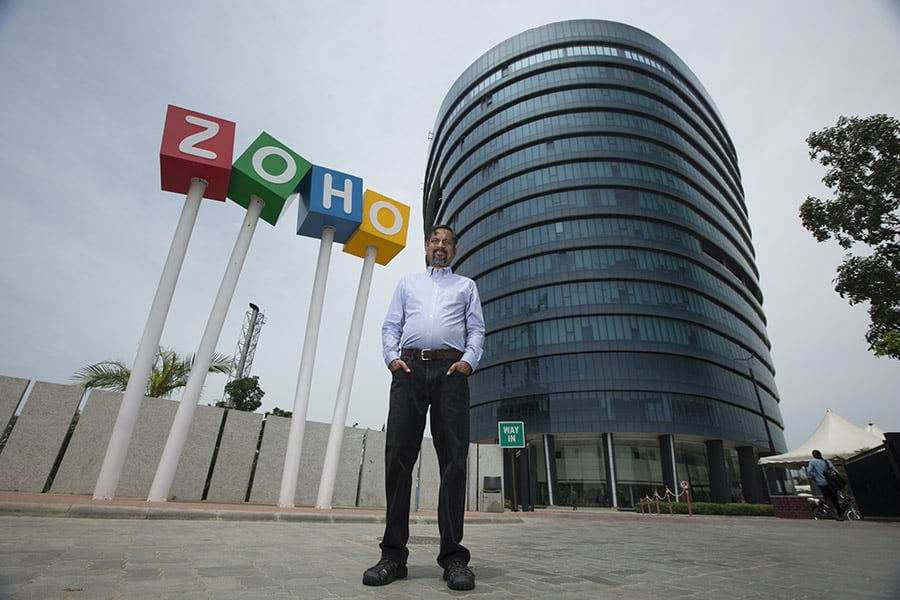 From 1996 to 2009, the company was known as AdventNet, Inc. AdventNet expanded to Japan in 2001. Zoho CRM was released in 2005, followed by Projects, Creator, and Sheet in 2006, and Zoho expanded into the collaboration space with the release of Zoho Docs and Zoho Meeting in 2007. In 2008, the company added invoicing and email applications, reaching one million users in August of that year.

In 2009, the company was renamed Zoho Corporation after its online office suite. The company continues to be privately held.

In 2017, Zoho launched Zoho One, a comprehensive suite of over forty applications. As of October 2021, Zoho One has been expanded to 50 applications.

According to Reports, Zoho Ranked 1st in the list of Most Profitable Startups in India.

India’s largest stockbroking platform was launched in 2010 to make investing in stocks painless and easy.

Zerodha has managed to single-handedly change the entire stock trading industry, and that too without even raising any external funding or marketing their product. Today, Zerodha charges just Rs 20 (or 0.03% as commission – whichever is lower) from its customers for each intraday trade.

According to Reports, Zerodha Ranked 2nd in the list of Most Profitable Startups in India.

Mu Sigma is an Indian decision sciences company that primarily provides data analytics services. The company’s name is derived from the statistical terms “Mu (μ)” and “Sigma (σ),” which symbolize the mean and standard deviation of a probability distribution, respectively. Mu Sigma is headquartered in Chicago, Illinois, with a global delivery center in Bangalore.

Mu Sigma was founded in 2004 by Dhiraj Rajaram, a former strategy consultant at Booz Allen Hamilton and PricewaterhouseCoopers. In 2008, Mu Sigma received its first institutional investment round of $30 million from FTVentures (now FTV Capital). In April 2011, the company received an additional $25 million from Sequoia Capital. In December 2011, the company announced a $108 million funding round from Sequoia and growth investor General Atlantic. In February 2013, Mu Sigma received a $45 million investment from MasterCard, taking the company past the $1 billion (Rs. 5,400 crores) milestone.

In early 2016, the company was sued by Pat Ryan, founder of Aon Corp, who alleged that Mu Sigma downplayed its growth prospects to buy back Ryan’s stake in the company.

In October 2016, following the divorce of Ambiga Subramanian, who was CEO at the time, and Dhiraj Rajaram, Rajaram took over as CEO.

According to Reports, Mu Sigma Ranked 3rd in the list of Most Profitable Startups in India.

Founded in 2006 by New York University-educated economists Bhavin Pandya and Trivikraman Thampy, Games24x7 is an India-based online gaming company with a portfolio that includes both skill games (RummyCircle and My11Circle) and casual games (Ultimate Games). Backed by notable investors such as Tiger Global and The Raine Group, the company specializes in leveraging behavioral science, technology, and artificial intelligence to deliver fantastic gaming experiences across all of its platforms.

Games24x7 operates RummyCircle, the leading online rummy platform in India, and My11Circle, one of the leading fantasy sports platforms in the country. The company has also launched a casual games studio, Ultimate Games, to develop new games for the global market. Games24x7’s diverse, talented and passionate team is spread across three continents with offices in Mumbai, Bengaluru, Kiev, Philadelphia, and Miami.

According to Reports, Games24x7 Ranked 4th in the list of Most Profitable Startups in India.

Info Edge was founded in 1995 and initially reproduced classified ads from newspapers on its website. It then launched Jeevansathi.com in 1998, 99acres.com in 2005, and Shiksha.com in 2008. [14] Info Edge went public under the name “Naukri” in 2006. In 2018, more than 70 percent of the company’s revenue comes from the Naukri.com job portal.

Info Edge was one of the early investors in Zomato (then known as FoodieBay) and reportedly invested in Policybazaar in 2008 before its website was launched.[ In2020, the company established a venture capital fund, Info Edge Venture Fund, to invest in online startups.

Info Edge (India) Limited is an Indian pure-play Internet company based in Noida, Uttar Pradesh. It was founded in 1995 by Sanjeev Bikhchandani. The company operates an online job portal Naukri.com, a matrimonial website Jeevansathi.com, a real estate classifieds platform 99Acres.com, a job discovery platform AmbitionBox.com, and an education website Shiksha.com. As of September 2020, it also holds minority stakes in 23 online companies, including two former unicorns, food delivery company Zomato (15.23% stake, as of July 2021), and insurance aggregator Policybazaar (13.3% stake, as of November 2021).

According to Reports, Infoedge Ranked 5th in the list of Most Profitable Startups in India.

Dream11 was co-founded by Harsh Jain and Bhavit Sheth in 2008. In 2012, they launched Freemium Fantasy Sports in India for cricket fans. In 2014, the company reported 1 million registered users, which grew to 2 million in 2016 and 45 million in 2018. In April 2019, Steadview Capital completed a secondary investment in Dream11. In addition to Steadview, Dream11’s investors included Kalaari Capital, Think Investments, Multiples Equity, and Tencent.

According to Reports, Dream11 Ranked 6th in the list of Most Profitable Startups in India.

BillDesk is an Indian online payment gateway company based in Mumbai. The company provides its customers with an online payment platform that enables transactions through banks and merchant websites. In 2021, the company was acquired by PayU.

According to Reports, BillDesk ranked 7th in the list of Most Profitable Startups in India.

FirstCry is an Indian e-commerce company headquartered in Pune. The company was founded in 2010 and initially focused on retailing baby products. As of January 2020, the company had over 380 stores across India. In May 2019, FirstCrys opened its first shop in Srinagar. The company is in its Series E funding round

In 2016, FirstCrys acquired Mahindra Group-owned BabyOye for Rs 362 crores (equivalent to Rs 442 crores or US$58 million in 2020). The merged company now operates under the name FirstCry.com, a FirstCry Mahindra venture. The company has acquired Oi Playschool, a playschool company.

According to Reports, FirstCry Ranked 8th in the list of Most Profitable Startups in India.

MindTickle provides a sales readiness solution to close the knowledge and skills gaps in customer-facing teams. Sales teams in a variety of industries use MindTickle’s award-winning platform to train, coach and align their sales teams to increase the effectiveness of salespeople and their managers.

According to Reports, Mindtickle Ranked 9th in the list of Most Profitable Startups in India.

The idea for EaseMyTrip came about when brothers Nishant Pitti, Prashant Pitti, and Rikant Pitti booked airline tickets for their father’s frequent business trips, saving money in the process. Founded as a travel agency in their home garage, the duo lost the entire initial investment within the first three months.

Later, references from family and friends helped, and a big turnaround came when an airline noticed that multiple bookings were being made from a single email account and contacted the Pitti brothers to become their travel partners.

In January 2020, EaseMyTrip announced that it will enable users to book airline tickets via WhatsApp. Users can activate the autonomous interactive program by sending a message, and the booking bot will guide users through the entire process. EaseMyTrip went public in March 2021. In May 2021, it was reported that the company is the fastest-growing online travel agency.

In June 2021, EaseMyTrip joined forces with Oyo Rooms, Airbnb, and Yatra to form the Confederation of Hospitality, Technology, and Tourism Industry (CHATT), a trade association for the tourism sector in India. In September 2021, it became a unicorn after its market capitalization exceeded $1 billion.

In 2019, EaseMyTrip expanded its operations to international markets such as the United Arab Emirates, the United Kingdom, the United States, the Philippines, Singapore, and Thailand, with consolidated revenues of 59.78 billion euros.

In October 2021, the company announced the acquisition of the travel marketplace Traviata.

According to Reports, EaseMyTrip Ranked 10th in the list of Most Profitable Startups in India.

Updated As On May 2022, Latest Among All – Note: Current Data May Vary.