Want to learn how to make money in the stock market? But do you find textbooks or investment novels too dull to read? No need to worry. There is another entertaining yet educational way to learn about finance without poring over 800 pages of financial books. Come to the Stock Market Movies. If you are not an avid book reader, try to watch some great movies or documentaries about the stock market, and you will understand everything about financial markets. You can learn and explore a lot about stocks just by sitting on your couch and watching these stock market movies on your laptop.

This post will show you the Top 10 Stock Market Movies Like The Big Short That Everyone Should Watch.

1. The Wolf of Wall Street

The Wolf of Wall Street is a 2013 U.S. biographical black crime comedy film directed by Martin Scorsese and written by Terence Winter, based on the 2007 memoir by Jordan Belfort. It recounts, from Belfort’s point of view, his career as a stockbroker in New York City and how his firm, Stratton Oakmont, was involved in rampant corruption and fraud on Wall Street, which ultimately led to his downfall. Leonardo DiCaprio, who also served as a producer on the film, stars as Belfort, Jonah Hill as his business partner and friend Donnie Azoff, Margot Robbie as his wife Naomi Lapaglia, and Kyle Chandler as FBI agent Patrick Denham, who tries to bring Belfort down. The film generally received positive reviews from critics but also some moral censure. It was nominated for several awards, including five at the 86th Academy Awards: Best Picture, Best Director, Best Adapted Screenplay, Best Actor in a Leading Role (for DiCaprio), and Best Supporting Actor (for Hill). DiCaprio won Best Actor – Musical or Comedy at the 71st Golden Globe Awards. The film was also nominated for Best Motion Picture – Musical or Comedy. This movie ranked 1 in the list of top 10 stock market movies.

The Big Short is a 2015 American biographical comedy-drama film directed by Adam McKay. It was written by McKay and Charles Randolph and is based on the 2010 book The Big Short: Inside the Doomsday Machine by Michael Lewis, which shows how the financial crisis of 2007-2008 was triggered by the housing bubble in the United States. 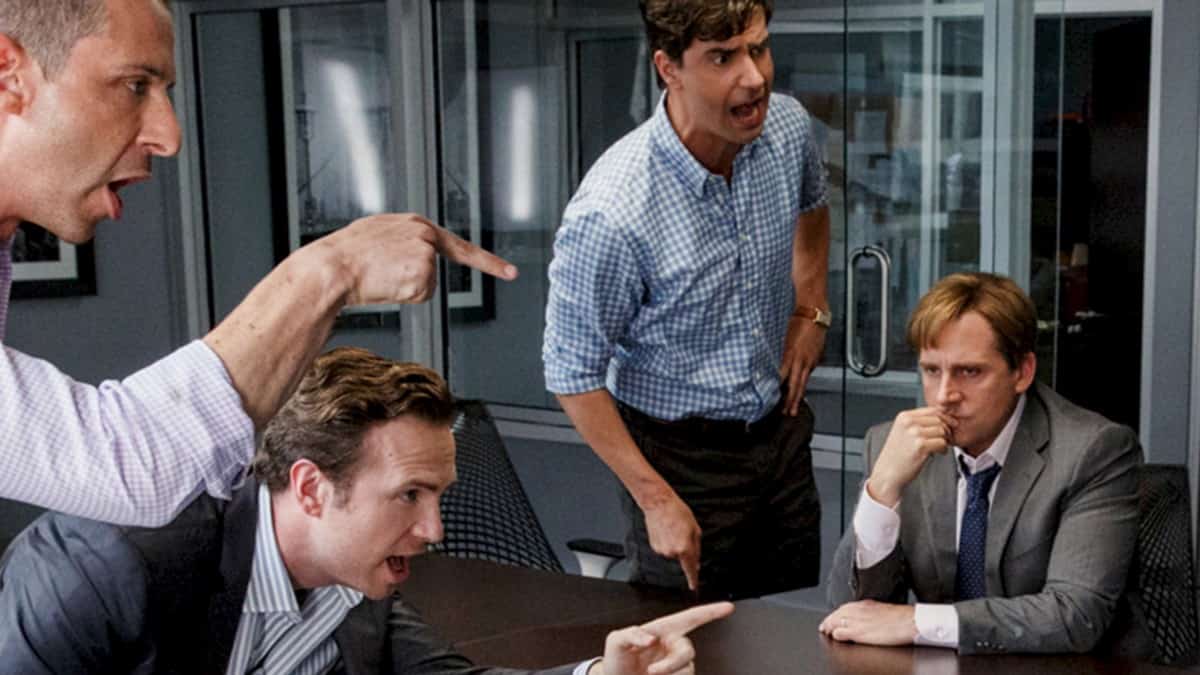 Glengarry Glen Ross is a play by David Mamet that won the Pulitzer Prize in 1984. The play depicts two days in the lives of four desperate Chicago real estate agents willing to engage in unethical, illegal acts-from, from lies and flattery, bribery, threats, intimidation, and burglary- in order to sell unwanted properties to unsuspecting prospective buyers. The film is based on the experiences of Mamet, who previously worked in a similar office. 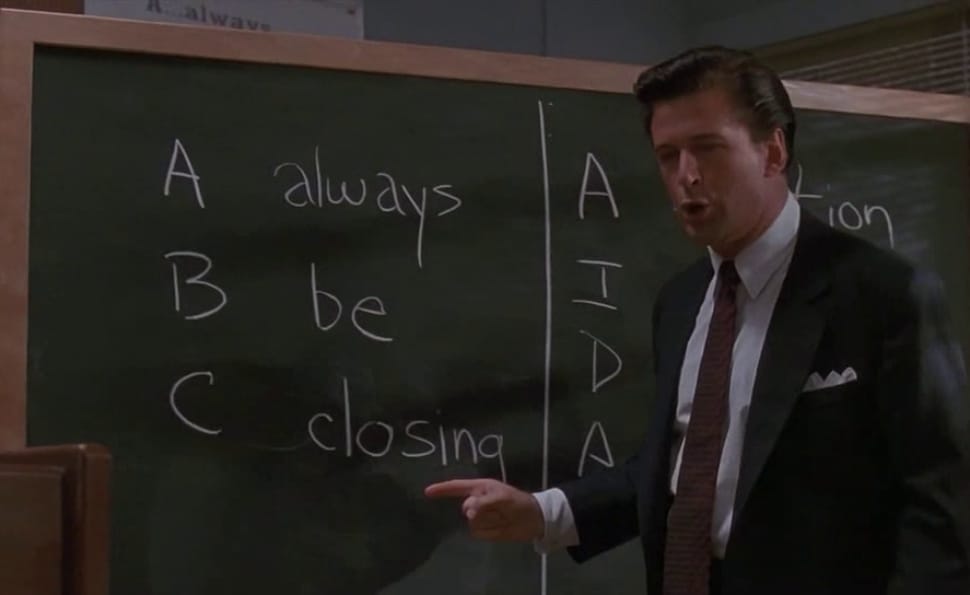 It had its world premiere at the National Theater in London on September 21, 1983. Bill Bryden’s production at the Cottesloe Theater was hailed as a triumph of the ensemble. This movie ranked 3 in the list of top 10 stock market movies. 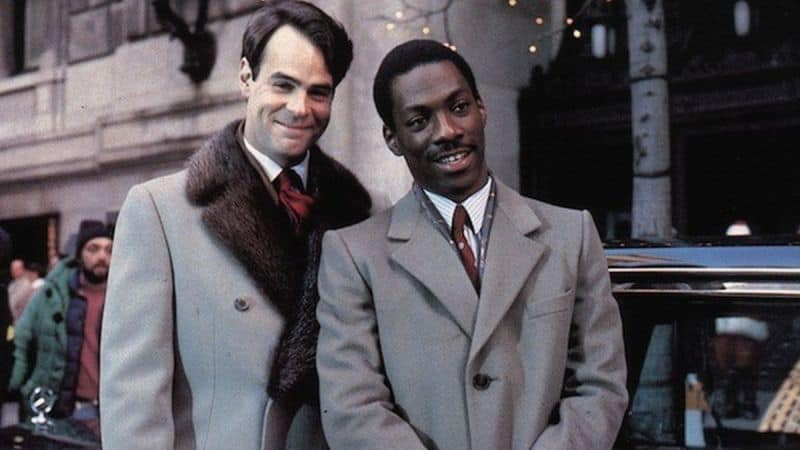 The film tells the story of an upper-class commodities broker (Aykroyd) and a poor street hustler (Murphy). Their lives intersect when they are unwittingly made the subject of an elaborate bet to test how the two men will behave when their circumstances are switched. This movie ranked 4 in the list of top 10 stock market movies. 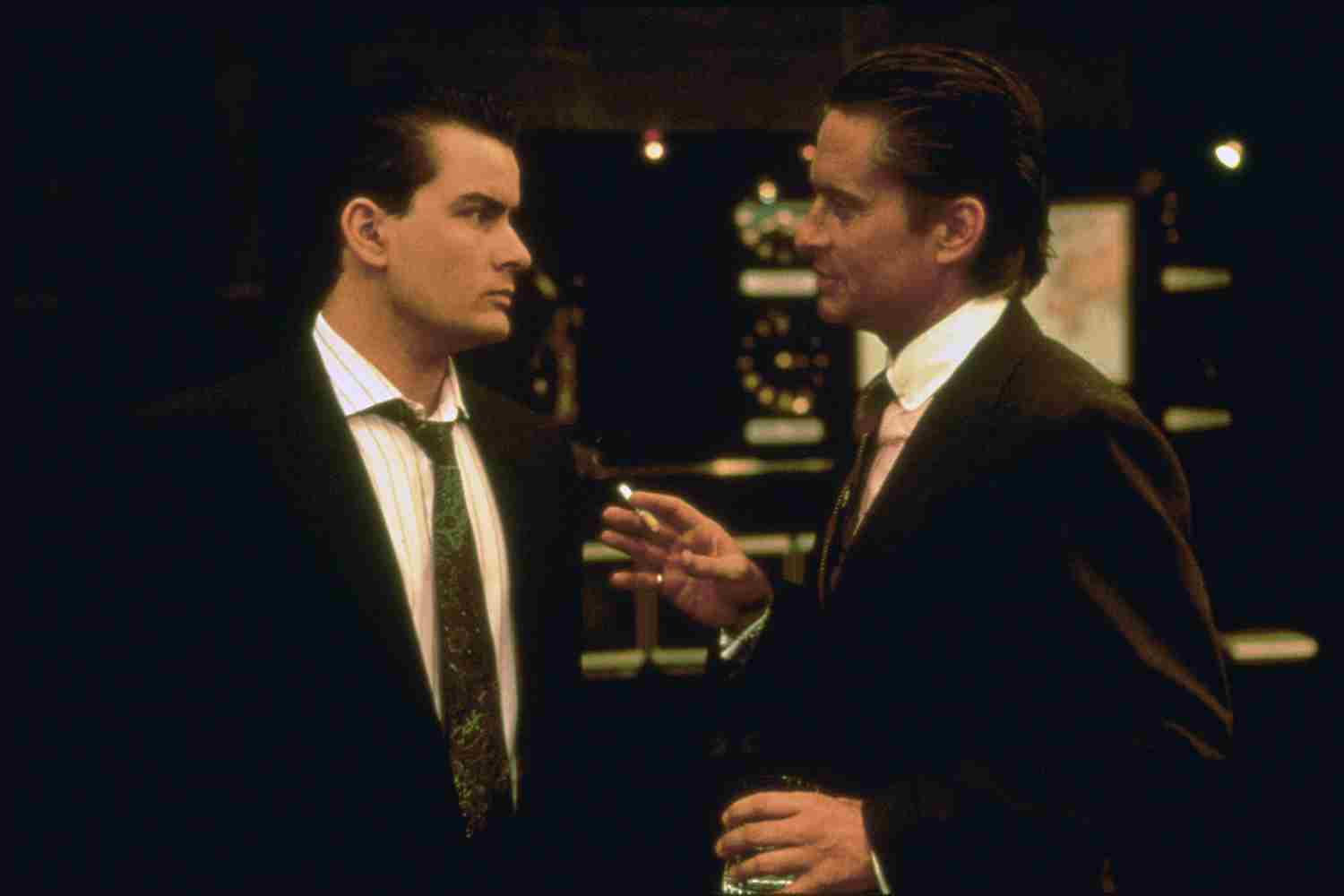 The film was well-received by prominent film critics. Douglas won the Academy Award for Best Actor. The film is now considered an archetypal portrayal of 1980s excess, in which Douglas’ character declares that “greed, for lack of a better word, is good.” The film also proved influential in inspiring people to work on Wall Street. Sheen, Douglas, and Stone said that people still come up to them and say they became stockbrokers because of their respective characters in the film. This movie ranked 5 in the list of top 10 stock market movies.

Too Big to Fail is an American biographical television drama first broadcast on HBO on May 23, 2011, based on the non-fiction book Too Big to Fail by Andrew Ross Sorkin: The Inside Story of How Wall Street and Washington Fought to Save the Financial System and Themselves (2009). Curtis Hanson directed the film. 7. Barbarians at the Gates

Barbarians at the Gate is a 1993 American biographical comedy television film directed by Glenn Jordan and written by Larry Gelbart, based on the 1989 book of the same name by Bryan Burrough and John Helyar. The film stars James Garner, Jonathan Pryce, and Peter Riegert. It tells the true story of F. Ross Johnson, president, and CEO of RJR Nabisco. 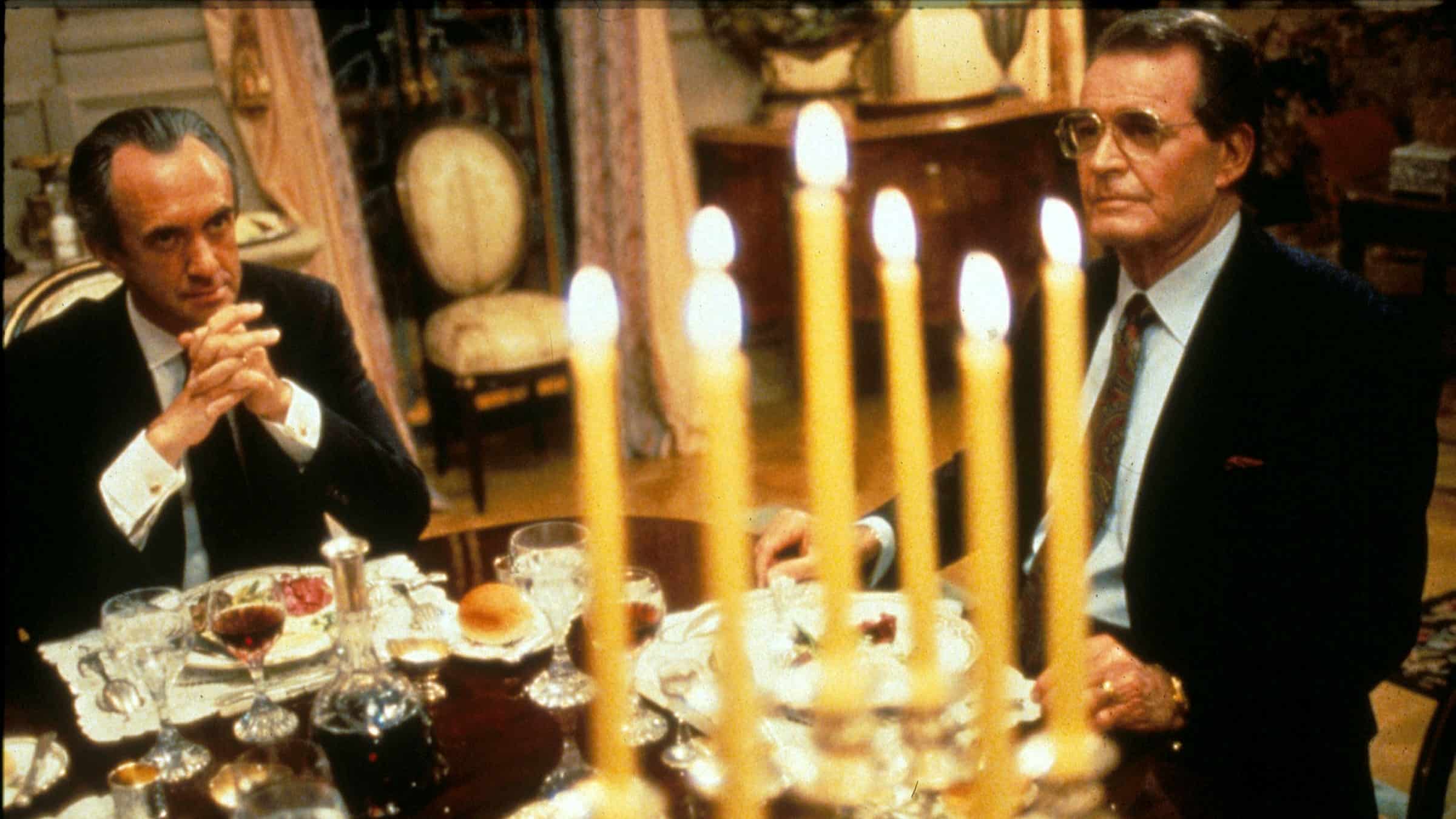 Margin Call is a 2011 American financial drama film written and directed by J. C. Chandor in his directorial debut. The main plot takes place over 24 hours in a central Wall Street investment bank during the early stages of the 2007-2008 financial crisis, focusing on the actions of a group of employees during the subsequent financial collapse. Boiler Room is a 2000 American crime drama film written and directed by Ben Younger and starring Giovanni Ribisi, Vin Diesel, Nia Long, Ben Affleck, Nicky Katt, Scott Caan, Tom Everett Scott, Ron Rifkin, and Jamie Kennedy. The idea for the film came about when screenwriter Ben Younger applied for a job at the Sterling Foster brokerage firm. Younger said, “I walked in and immediately knew, ‘This is my movie.’ I mean, you see these kids and you know something is going on.” 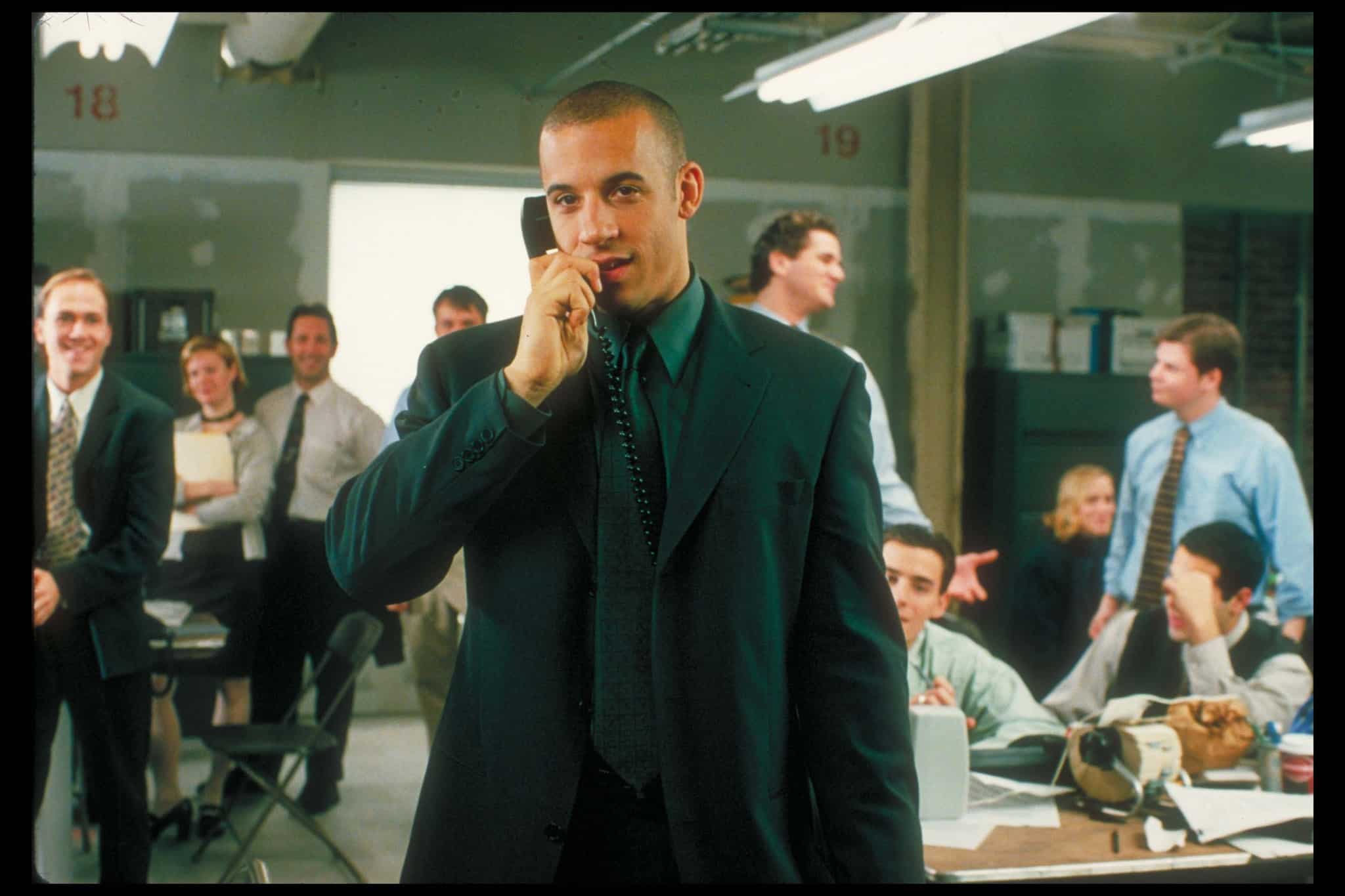 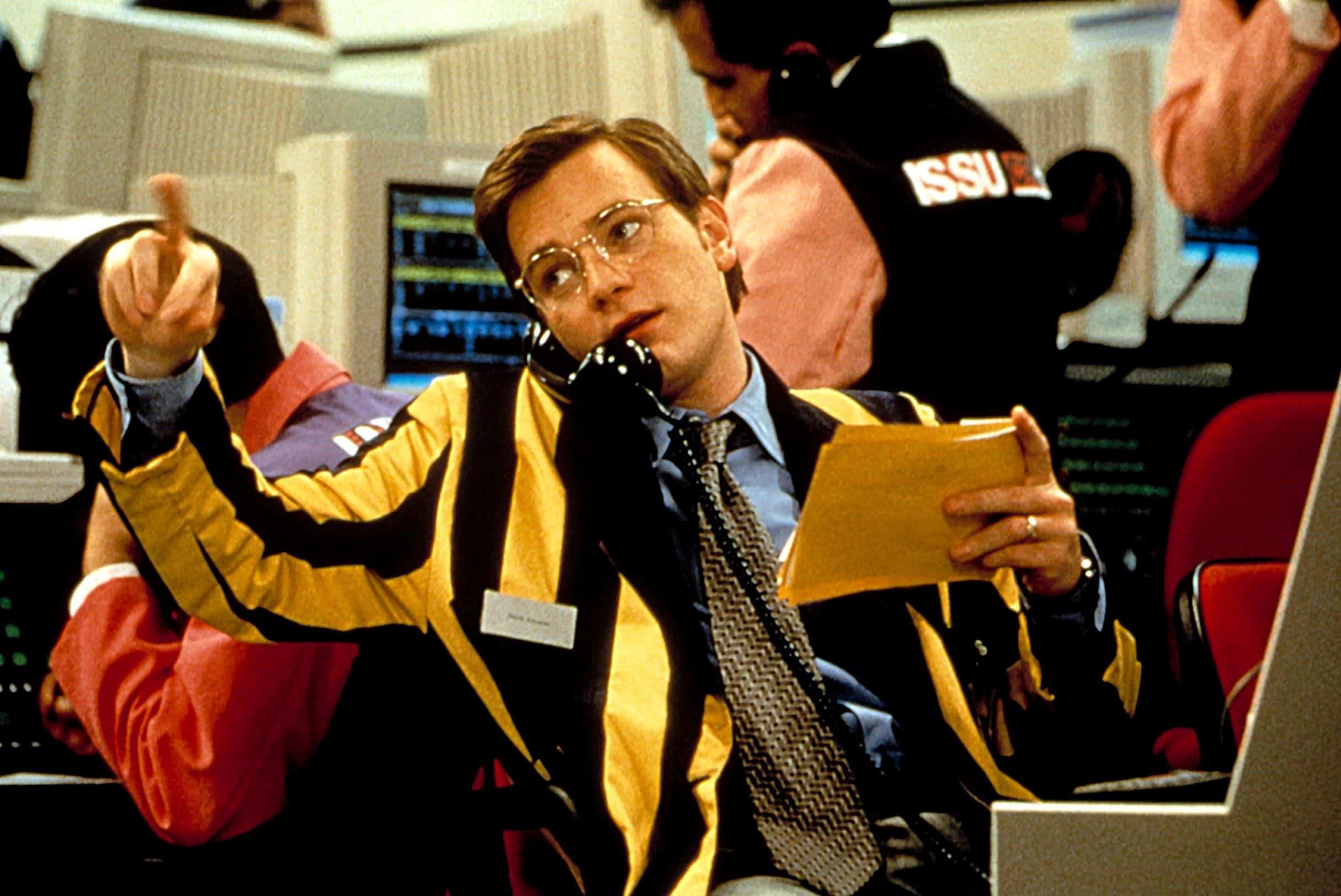 The film revolves around the life of former derivatives broker Nick Leeson and the collapse of Barings Bank in 1995 and is based on Leeson’s 1996 book Rogue Trader: How I Brought Down Barings Bank and Shook the Financial World. This movie ranked 10 in the list of top 10 stock market movies.

These films are a must-see for any aspiring finance professional. But even if you are not thinking about a career in this field, these films can give you a little insight into finance’s wild and sometimes absurd world. But as the saying goes, “Truth is stranger than fiction.” As events like the 2008 recession, the fall of Enron, and the Madoff scandal have shown, real life can be far more unbelievable than any fairy tale Hollywood can invent.

Also, Read Our New Blog To Know About Bald And Bankrupt Net Worth.