Netflix, Inc. is an American OTT Video platform and production company headquartered in Los Gatos, California. Netflix was founded in 1997 by Reed Hastings and Marc Randolph.

Let us see some more fundamental things about Netflix before starting with the Netflix business model, Netflix revenue, subscribers base, and future goals.

Netflix had 210 million paid subscribers from over 150 countries. The company offices were in Canada, France, Brazil, the Netherlands, India, Japan, South Korea, and the United Kingdom. Netflix is also a member of the Motion Picture Association, producing and distributing content from countries all over the globe.

The idea of starting Netflix came into existence when Blockbuster (a forgotten market leader in the 2000s ) charged Reed Hastings a late fee when he failed to return the DVDs to the Blockbuster store on time.

But his idea was different blockbusters charges fees for every single DVD. In contrast, Netflix charges customers fixed monthly charges for unlimited DVDs.

Netflix is an entertainment company that offers on-demand web shows, movies, and documentaries for a monthly subscription.

Netflix Founders and Its Team

Reed Hastings and Marc Randolph founded Netflix in 1997 with just 30 employees. But As of today, Netflix has over 12,000 full-time employees.

Netflix’s Business Model works on offering a massive library of movies and web shows to its customers through three subscription plans called Basic, Standard, and Premium; each has its advantage and disadvantage. 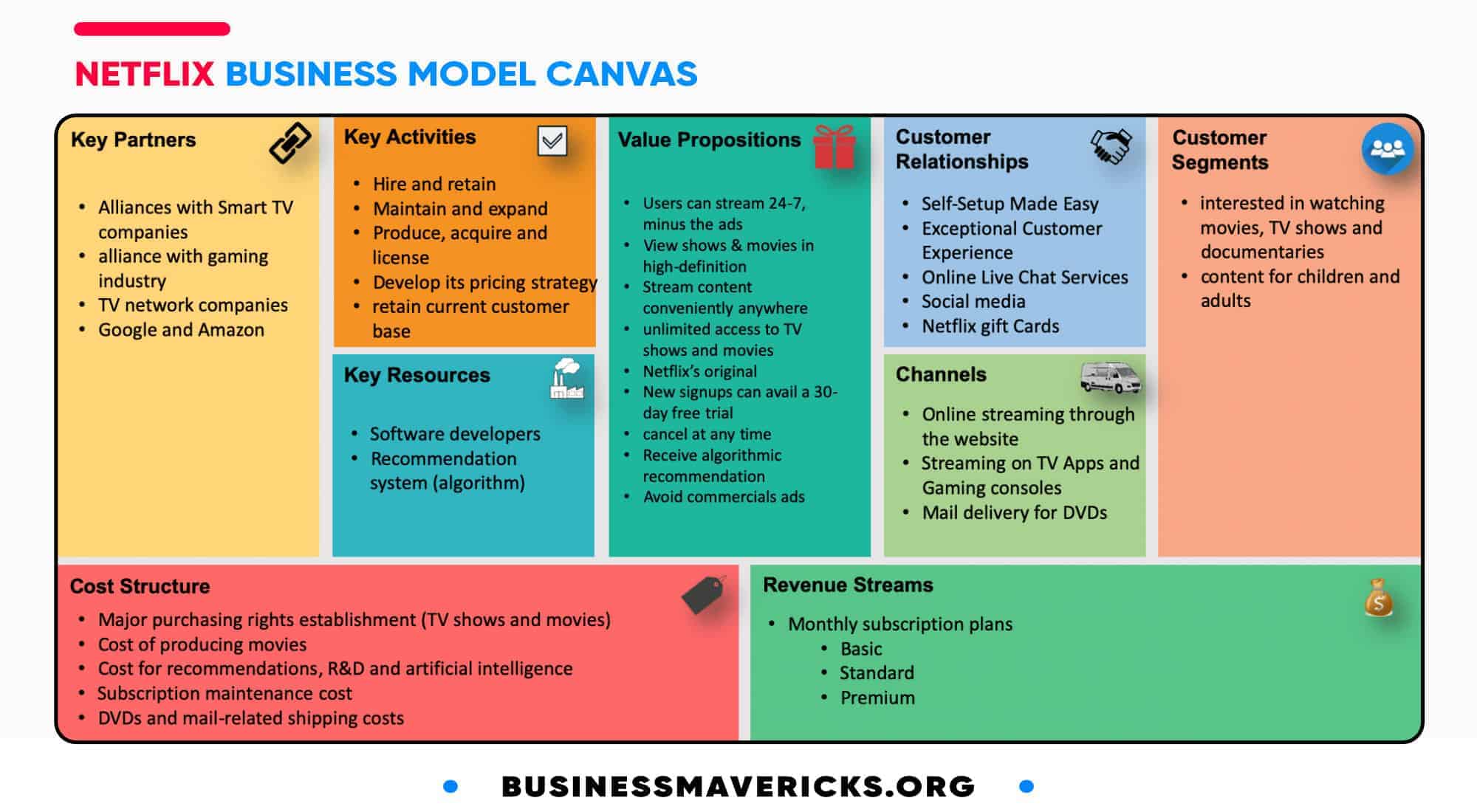 Netflix’s only revenue stream is from subscriptions.

How Does Netflix Make Money?

As mentioned, Netflix earns only through subscriptions from its customers.

Many Analysts suggest Netflix adopt a hybrid business model as YouTube and Hotstar do. But Netflix declined to adopt it due to the bad user experience, one of their primary value proposition mentioned above.

Note: Netflix’s profit is less due to Bad cash flows.

How Many Subscribers Does Netflix Have:

Netflix is the largest OTT company globally and the 9th Largest internet company in the world in terms of Revenue. But Netflix needs to enter music and other businesses to stand in front for a long time.