Tesco PLC is a British multinational grocery and general merchandise retailer headquartered in Welwyn Garden City, England. In 2011, Tesco was the third largest retailer in the world by gross sales and the ninth largest in the world by revenue. 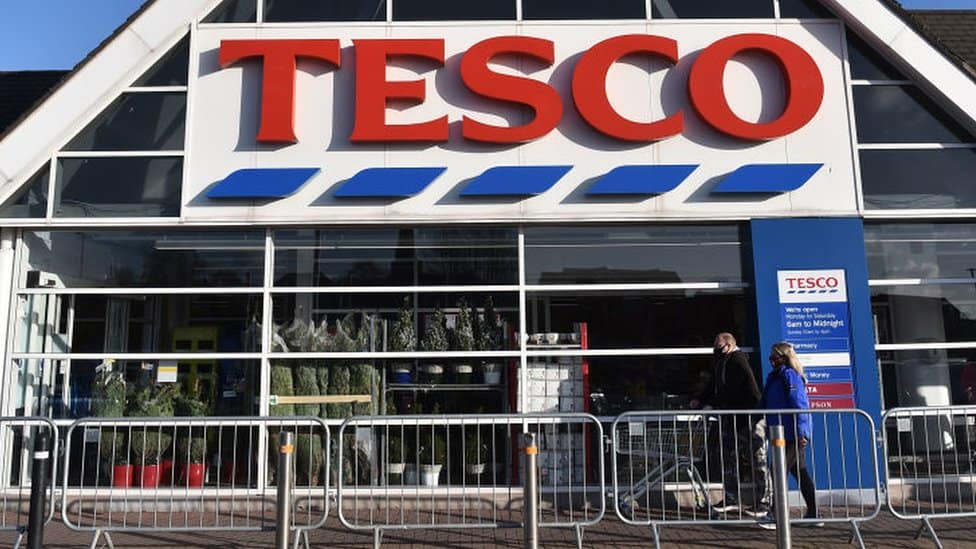 Lets See The Overview of Tesco Before moving on to PESTLE Analsis of Tesco and Tesco Subsidiaries.

Tesco was founded in 1919 by Jack Cohen as a group of market stalls in Hackney, London. The name Tesco first appeared in 1924 after Cohen bought a supply of tea from T. E. Stockwell and combined those three initials with the first two letters of his surname, and the first Tesco store opened in Burnt Oak, Barnet, in 1931. His business expanded rapidly, and by 1939 he had over 100 Tesco stores nationwide.

Since the early 1990s, Tesco has expanded globally and now has a presence in 11 other countries. In 2013, the company withdrew from the U.S., but has seen growth in other countries since 2018. Since the 1960s, Tesco has diversified into areas such as retailing books, clothing, electronics, furniture, toys, petrol, software, financial services, telecommunications and internet services. In the 1990s, Tesco repositioned itself to try to appeal to a range of social groups with its low-price “Tesco Value” range (launched in 1993) and premium “Tesco Finest” range, rather than being a high-volume, low-cost retailer.

Tesco is listed on the London Stock Exchange and is a constituent of the FTSE 100 Index. Because the retailer operates worldwide, global political factors have a major impact on Tesco’s performance. These include tax rates, legislative acts and, of course, the stability of the country in which the company operates. With continued financial instability around the world, many governments are encouraging retailers to create jobs for local people. As Tesco does its part to create jobs, it in turn increases demand for its products and diversifies its workforce.

These factors are most important to Tesco because they are most likely to affect costs, demand, profits, and prices. Therefore, the company should keep an eye on any changes in policy, such as changes in taxation or other factors that could affect the accessibility of finance. It is important to note that despite its international growth, the company is still heavily dependent on the UK market, where it has a market share of approximately 30%.

Internationalization and diversification are two key strategies that the company has pursued over the years and an important reason for its success. In addition, due to the decline in disposable income and household incomes, Tesco has shifted its focus to promoting its budget brands and less on its luxury products.

Due to various societal changes, trends show that customers in the UK are moving towards bulk shopping and one-stop shopping. For this reason, Tesco has increased the number of non-food items available for sale. The types of goods and services consumers demand are primarily influenced by their beliefs and attitudes, which in turn are influenced by social conditioning. As customers become more health conscious and their attitudes towards food continue to change, Tesco is adapting to these changes by catering to the demand for organic products.

Advances in technology have opened up several new opportunities for Tesco. Two of the most important are the development and introduction of online shopping with the option of home delivery. Second, self-service checkouts have brought comfort and convenience to customers, which in turn has reduced labor costs. In addition, Tesco has invested a significant amount in energy efficiency projects to achieve its long-term goal of reducing its environmental footprint.

With increasing pressure on businesses to address environmental issues and implement operations that benefit society, Tesco has made a clear commitment to reduce its carbon footprint by 50% by 2020. Tesco is also minimizing the waste produced in its stores by strengthening the social conscience of its customers.

Government policy and legislation also directly affect Tesco’s performance. In 2004, for example, the Food Retailing Commission (FRC) proposed the introduction of a code of conduct that would prohibit many common practices, such as changing prices without notice or demanding payment from suppliers. To support this policy, Tesco gives its customers discounts on the fuel they buy, depending on how much they spend in its grocery stores. There are also several promotional offers where prices are reduced.