Airtel, one of the leading telecom companies in India, has spread far and wide in the last 2 decades of its existence. The company is known for its availability and smart value-added services. 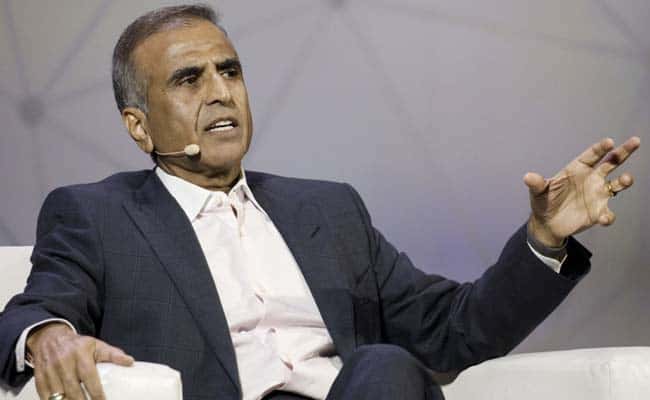 Let us look into the Overview of Airtel and then we can move on to the SWOT Analysis of Airtel.

Bharti Airtel Limited, also known as Airtel, is an Indian multinational telecommunications service provider headquartered in New Delhi, India. It operates in 18 countries in South Asia and Africa, as well as in the Channel Islands. Airtel offers 2G, 4G LTE, 4G+ mobile services, fixed broadband and voice services depending on the country. Airtel has also launched its VoLTE technology across all Indian telecom circles. Airtel is the second-largest mobile network operator in India and the third-largest mobile network operator in the world. Airtel was named India’s second most valuable brand in the first Brandz ranking by Millward Brown and WPP plc.

Airtel is considered to have pioneered the business strategy of outsourcing all business units except marketing, sales and finance and building the low cost, high volume ‘minute factory’ model. This strategy has since been adopted by several operators. Airtel’s equipment is provided and maintained by Ericsson, Huawei and Nokia Networks, while IT is supported by Amdocs. The towers are maintained by subsidiaries and joint ventures of Bharti, including Bharti Infratel and Indus Towers in India. Ericsson has agreed for the first time to pay for the installation and maintenance of its equipment by the minute rather than upfront, allowing Airtel to offer cheap rates of ₹1 (1.3¢ US)/minute. 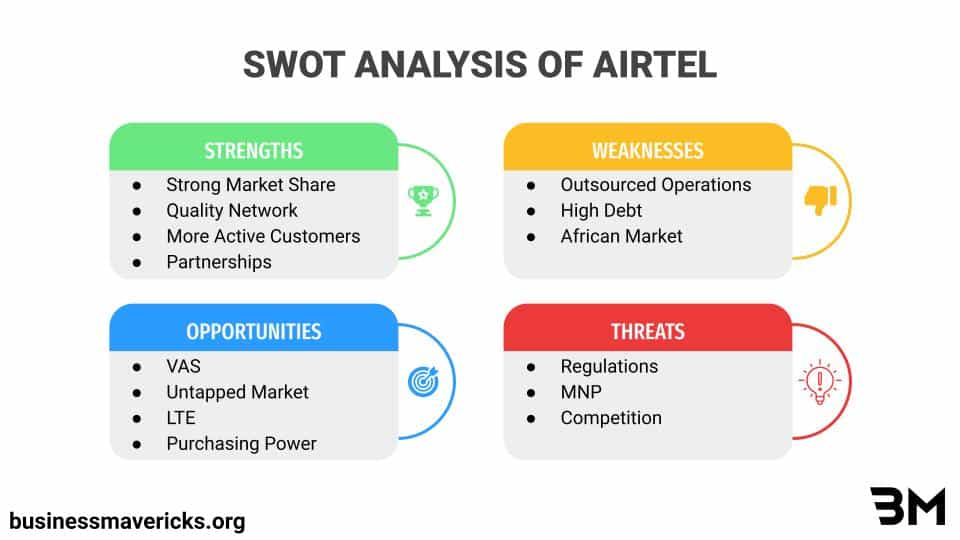 Notwithstanding the weak LTE environment in India, Airtel will portray itself as a proponent of the technology. The company does not have a national 3-G spectrum license in 13 out of 22 telecom service territories. Airtel’s mobile broadband LTE network remains limited to just four cities in India. The upcoming launch of 5G technology can make Airtel the No. 1 telecom company.

Also, Read BCG Matrix of Apple in a Simplified Way.

Following the detailed SWOT Analysis of Airtel, we have a few suggestions from Business Mavericks:

Oracle partners with Airtel to its cloud business.