Amazon.com is one of the few tech companies in the world with the most diversified business model. The company is running many businesses like E-Commerce, entertainment, intelligent devices, AI, robotics, retail stores, cloud computing, amazon branded products, and so on…

Even though Amazon is the world’s largest internet company by revenue and King of E-Commerce, it has some strengths, weaknesses, opportunities, and threats to look carefully to survive in the long term. Let’s drive into swot analysis of Amazon.

Amazon has an organizational site called Amazonsmile, which donates 0.5% of the purchase price of products when we shop via smile.amazon.com. 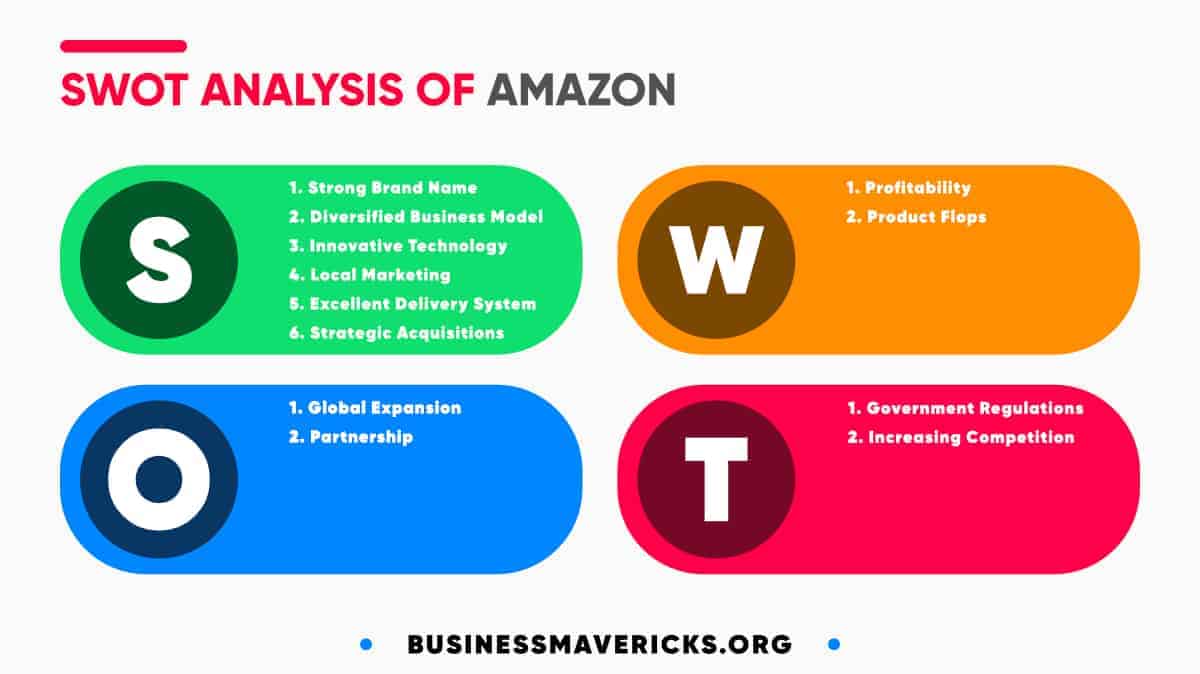 As an essential component of SWOT, a company’s strength is its asset to plan its expansion. Amazon.com has several strengths that make them one of the largest E-Commerce companies in the world:

For Example: When amazon entered India, they were already two big local grown-up boys like Flipkart and Snapdeal. To tackle the competition, amazon launched a Cash on Delivery Strategy, the first in e-commerce history that helped them beat their Competitors and stand in 1st place in India.

The acquisition is not about just acquiring companies. It’s about how we are using it strategically. Amazon has excelled in it.

Everybody has positive and negative sides; likewise, Amazon has its weaknesses. Though Amazon remains an E-Commerce king, they are much weakness that may become a nightmare to Amazon’s growth.

Fake Review Controversy: In 2021, Amazon has asked Apple to remove the phony review detector app from its App stores; later, apple agreed to remove it, which create a spark in social media.

Also, Know About The Major Competitors Of Amazon in Detail.