Reliance Industries is an Indian-based multinational company headquartered in Mumbai, India, founded by Late Dhirubhai Ambani, the famous entrepreneur who started with a clear vision.

Reliance Industries is one of the few companies that have the most diversified businesses such as petrochemicals, energy, retail, natural gas, media, and telecom. Reliance operates in over 125 countries across the world. Telecom company Reliance Industries Reliance Jio has excellent 4G infrastructure across the country and has given Reliance an edge over its competitors in data connectivity and also in 4G voice. 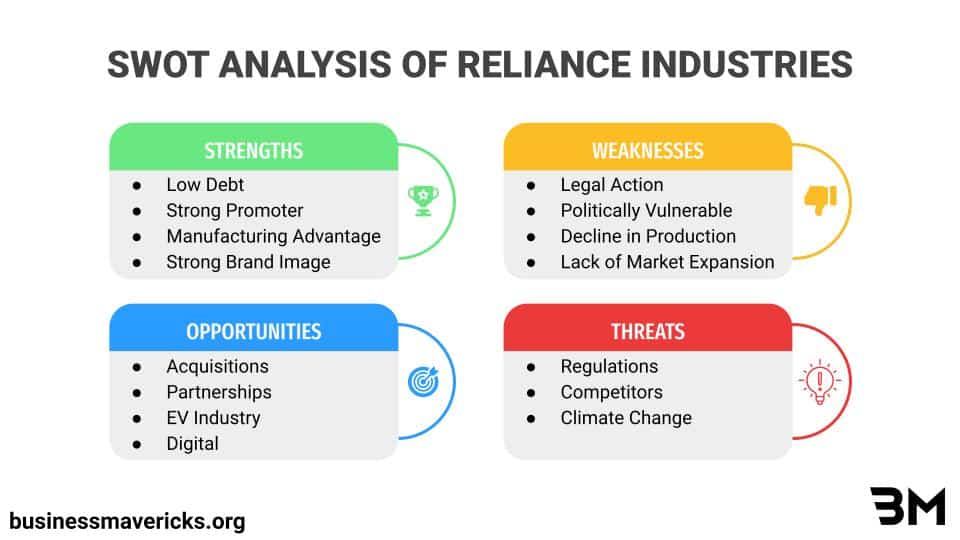 Also, Read SWOT Analysis of Amazon ( One of Largest Competitors Of Reliance Industries in E-Commerce Sector )

Following the detailed SWOT analysis of Reliance Industries, we have few suggestions from Business Mavericks: