Rivian was one of the most anticipated IPOs in 2021, a record year for initial public offerings. This article was originally published before the IPO and addressed questions from investors who wanted to buy shares before the IPO or after the IPO. 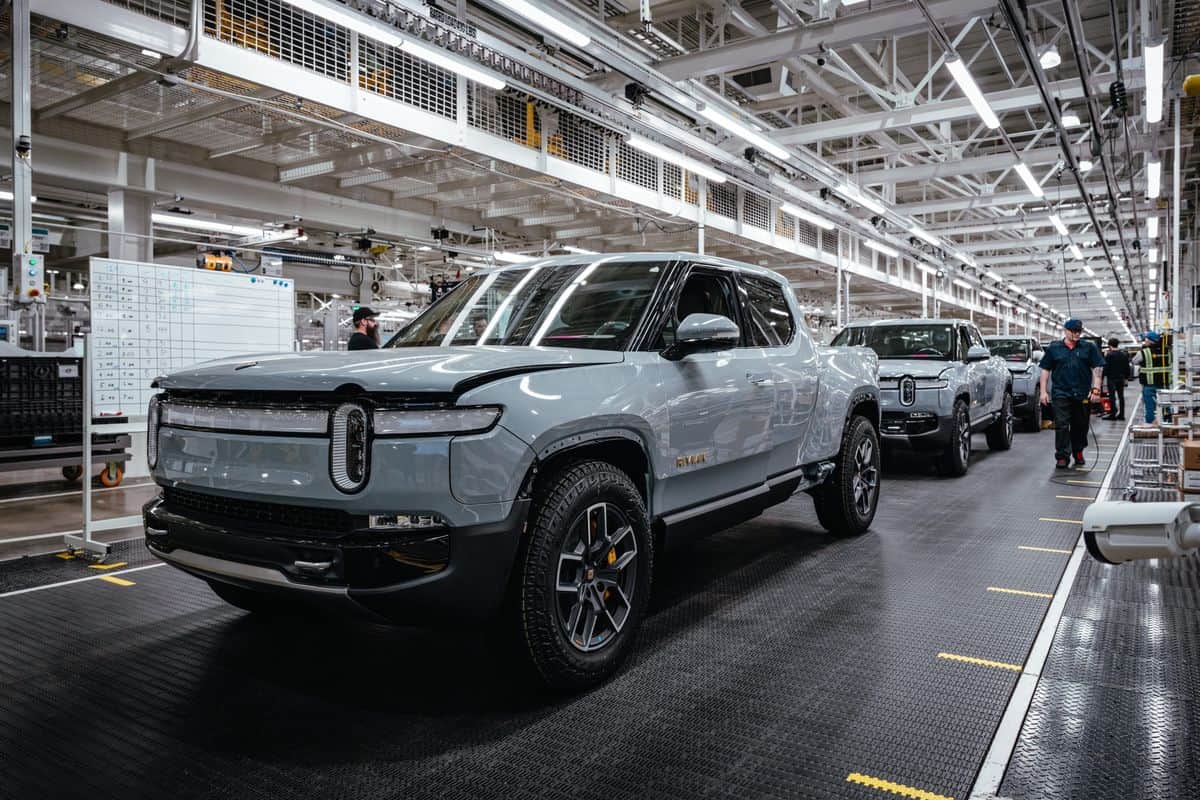 It’s easy to buy Rivian stock now: It’s a publicly traded company, and you can place an order through your usual broker. We will keep the original order because it’s an interesting case study in pre-IPO investing, and we will add an update on the current state of Rivian stock

Rivian After The IPO: The First Six Months

Rivian’s IPO price was higher than expected and quickly rose to more than double the IPO price. Since then, the stock has been in a long downtrend.

Rivian’s shares currently trade (May 6, 2022) at $31, far less than half their IPO price. The losses have affected other companies as well: both Amazon and Ford hold large amounts of Rivian stock, and the loss in value has affected both companies’ earnings and stock prices. Amazon’s Rivian acquisition was almost entirely responsible for AMZN’s Q1 2022 losses.

The rise and fall of Rivian stock is very telling. The products, especially the R1T pickup truck, have been praised by almost everyone. The problem is production capacity, with supply chain issues preventing the company from meeting its production targets. General market conditions have also deteriorated, with unprofitable growth companies like Rivian being hit the hardest.

Rivian’s IPO occurred at a time when enthusiasm for electric vehicle stocks was at its peak, and that enthusiasm was reflected in the company’s completely unrealistic valuation. Rivian had a higher market capitalization than Ford before it delivered its first hundred cars. That was unsustainable in a market that was rapidly retreating from speculative companies.

There is no reason to believe that Rivian is finished. The company still has a huge cash balance of $18 billion and can absorb losses for some time. Its products are highly regarded and well received. This is the same company that the market admired in November 2021.

Recall that Tesla shares cost $17 when it went public, fell to under $5, and took well over a year to rebound to its IPO price. There is no guarantee that Rivian shares will follow the same pattern, but the slump in share price – which could be seen as a return to a reasonable valuation – need not be permanent.

Update: On Oct. 11, 2022 Reuters reported that Rivian has recalled nearly all of the vehicles it sold to replace a potentially loose fastener in the steering system. The recall could affect Rivian’s ability to meet its 2022 production target of 23,590 vehicles.

Rivian is a new entrant in the electric vehicle (EV) market. Unlike most electric vehicle manufacturers, Rivian is targeting the SUV, light truck, and van markets with its first product offering. These vehicles will be semi-autonomous and have a range of 400 miles per charge.

Rivian has a 2.6 million-square-foot manufacturing facility in Normal, IL, and additional locations in Michigan, California and England. Rivian’s first vehicles are expected to hit the market in late 2021 and 2022 at prices ranging from $68,000 to more than $74,000.

Scaringe, founder and CEO RJ, has a MS and a doctorate in mechanical engineering from MIT. Analysts expect Rivian’s vehicles to feature new and advanced technology.

Many industry experts believe Rivian will be a serious competitor to Tesla and other electric car manufacturers.

In September 2021, Rivian gave several test drivers a preview of the Rivian R1T pickup. The overall impression was extremely positive. Testers praised the luxurious interior, the vehicle’s off-road capability, its ample power (800 hp) and its towing capacity of 11,000 pounds.

The R1T offers all-wheel drive with a separate engine for each wheel. Separating the wheels from the central drivetrain allows for maneuvers like the “tank turn”: the R1T can spin on its own axis, a maneuver no other pickup can do.

When will Rivian hold its IPO?

With the release of the S1 filing on Friday, October 1, 2021, Rivian is a big step closer to its IPO. The S1 – a formal prospectus required for any new stock offering – is an important step in the IPO process, providing potential investors with important details about the company and its finances.

Rivian has not yet scheduled its IPO or set the terms. Companies often time their IPOs based on positive market sentiment, and it is impossible to predict when Rivian plans to go public.

Rivian’s S1 filing contains more information about the company than potential investors have ever received before. Some key points:

There are two lessons to be learned from this. One is obvious, the other may not be.

Rivian’s S1 filing is available online for public inspection. It should be required reading for any potential investor.

Rivian has received large amounts of venture capital funding. Amazon made a $700 million investment in February 2019 and ordered 100,000 delivery trucks. Ford invested another $500 million and is developing a vehicle that uses Rivian’s technology.

Traditional venture capital firms are also getting in on the action. Large firms such as T. Rowe Price, Blackrock, Soros Fund Management, Fidelity Management & Research, and Baron Capital have all made significant venture capital investments.

Rivian is expected to go public sometime in 2021 or 2022. Some analysts have predicted an IPO as early as September 2021. Others suggest the IPO could wait until vehicle deliveries begin. As with all IPOs, the timing may change depending on market conditions.

Based on current financing, Rivian is valued at $27.6 billion. Some sources suggest a post-IPO value of up to $50 billion, which would make the company more valuable than Ford.

The expectation that Rivian’s value could nearly double after the IPO is causing many investors to look for opportunities to invest in Rivian stock.

Are There Any Concerns About Rivian?

All investments come with risks. Despite the large institutional backing and high profile, there are some potential concerns about Rivian.

All of these risks are speculative. They may or may not impact the company or its value

As with any investment, you need to do careful research to decide if investing in Rivian stock is the best use of your money. Consider discussing your plans with a qualified financial advisor!

How can I buy Rivian shares?

Rivian is a publicly traded company, which means you can buy Rivian stock through your usual broker.

Rivian is listed on the Nasdaq stock exchange under the ticker symbol RIVN.

If you do not have a favorite broker yet, below are a few suggestions.

Rivian is one of the most anticipated IPOs in recent years. The company has received investment from major corporations and venture capital firms. This indicates that well-informed investors expect the company to succeed.

Rivian is a privately held company. You cannot buy Rivian stock on the open market. It may be possible to purchase shares before the IPO or invest when the company goes public, but you must meet certain requirements and there may be restrictions. These shares may not be available at all.

As with any investment, consider the risks before buying Rivian stock. Consulting a qualified financial advisor is always worthwhile.