Billionaires play a key role in influencing the world, from political decisions to social and economic reforms. Forbes puts the number of billionaires in the world at 2,755, but only a handful – 10, to be exact – currently have a net worth of $100 billion or more. Many of the richest person in the world are founders of tech companies, with much of their wealth residing in the companies they founded.

Note that many billionaires pay taxes on their wealth at different rates, or not at all because much of their gains are unrealized – that is, they have not sold any stocks or shares yet and therefore have not had to pay taxes. In addition, while some billionaires own several billion dollars in cash, many also have investments in private assets, such as privately held companies, real estate, or other public companies. 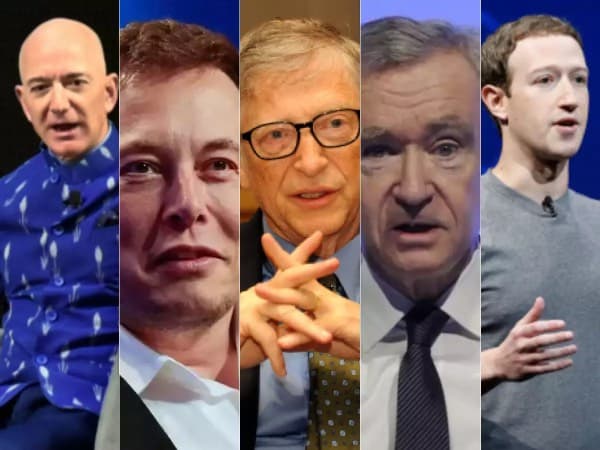 Let us take a look at the list of the Richest Person In The World in 2022 in a simplified way.

Elon Reeve Musk is an entrepreneur and business magnate. He is the founder, CEO and chief engineer of SpaceX, early-stage investor, CEO and product architect of Tesla, Inc. as well as founder of The Boring Company and co-founder of Neuralink and OpenAI. With an estimated net worth of around $255 billion as of December 2021, Musk is the richest person in the world. 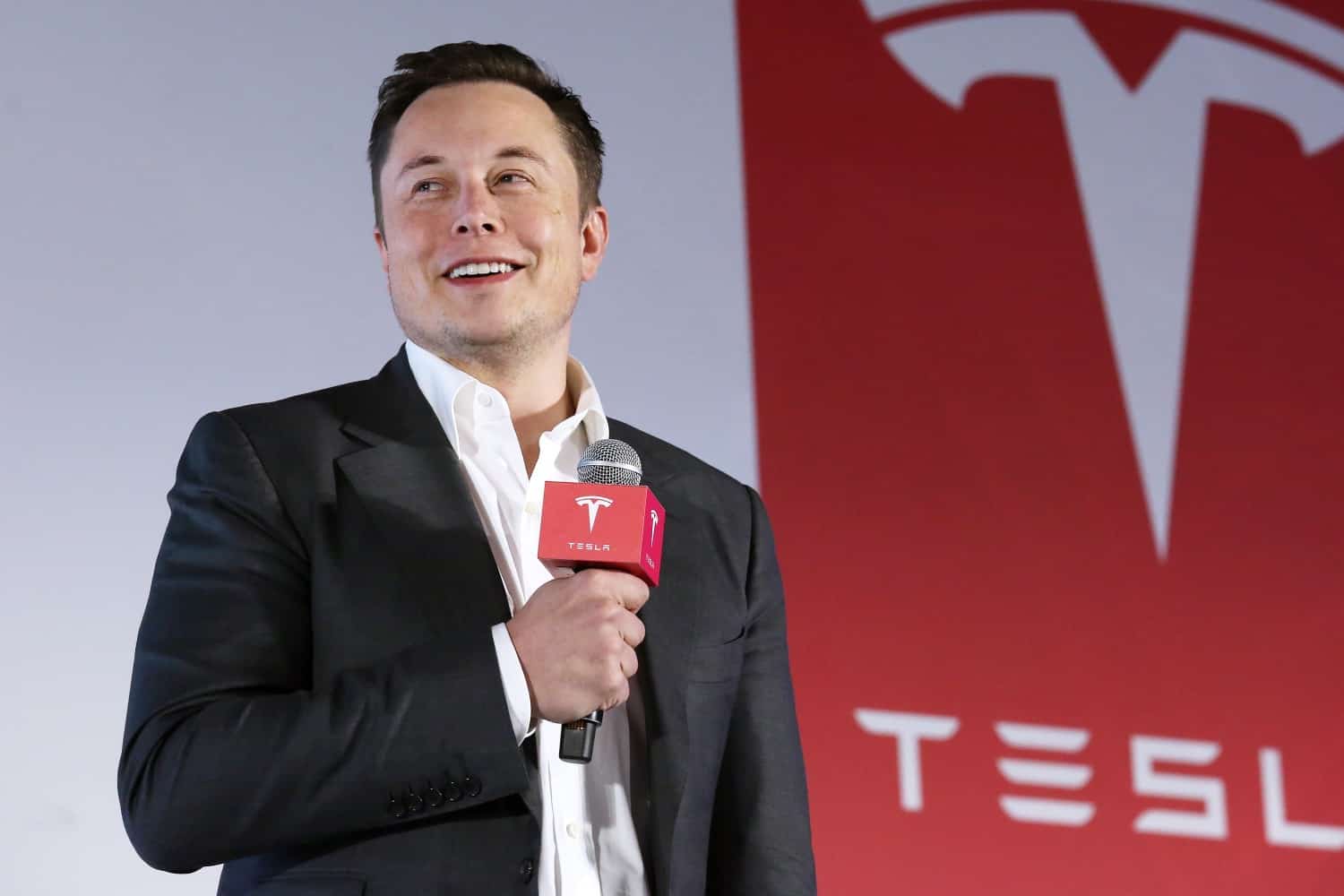 He briefly attended the University of Pretoria before moving to Canada at the age of 17 to avoid conscription. He was enrolled at Queen’s University and two years later transferred to the University of Pennsylvania, where he earned a bachelor’s degree in economics and physics. In 1995, he moved to California to attend Stanford University but decided instead to pursue a career in business and co-founded Zip2, a web software company, with his brother Kimbal. The startup was acquired by Compaq in 1999 for $307 million. That same year, Musk co-founded online bank X.com, which merged with Confinity to form PayPal in 2000. The company was bought by eBay in 2002 for $1.5 billion.

In 2002, Musk founded SpaceX, a spaceflight and space transportation company of which he is CEO and CTO. In 2004, he moved to electric vehicle manufacturer Tesla Motors, Inc. (now Tesla, Inc.) as chairman and product architect and became its CEO in 2008. In 2006, he helped found SolarCity, a solar energy services company that was later acquired by Tesla and became Tesla Energy. In 2015, he co-founded OpenAI, a non-profit research company that promotes friendly artificial intelligence. In 2016, he co-founded Neuralink, a neurotechnology company focused on developing brain-computer interfaces and founded The Boring Company, a tunnelling company. Musk has proposed the Hyperloop, a high-speed train transportation system.

Jeffrey Preston Bezos is an American entrepreneur, media owner, investor, computer engineer, and commercial astronaut. He is the founder and Executive Chairman of Amazon, where he previously served as President and CEO. With a net worth of around $195 billion (as of December 2021), he is the 2nd richest person in the world, according to Forbes and Bloomberg’s Billionaires Index. 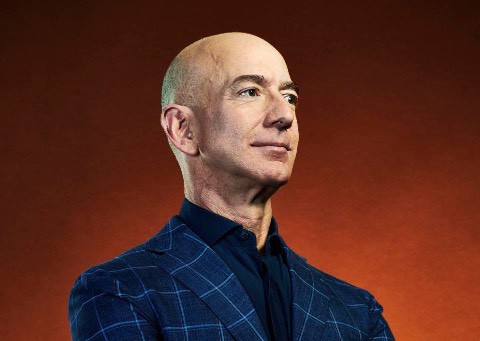 The first centibillionaire on the Forbes wealth index, Bezos was named the “richest man in modern history” after his net worth rose to $150 billion in July 2018. By August 2020, he had a net worth of more than $200 billion, according to Forbes. In 2020, during the COVID -19 pandemic, Bezos’ net worth grew by about $24 billion. On July 5, 2021, Bezos resigned as Amazon’s CEO and moved into the role of executive chairman; Andy Jassy, the head of Amazon’s cloud computing division, replaced Bezos as Amazon’s CEO. On July 20, 2021, Jeff Bezos flew into space alongside his brother Mark. The suborbital flight lasted over 10 minutes and reached a maximum altitude of 66.5 miles (107.0 km). 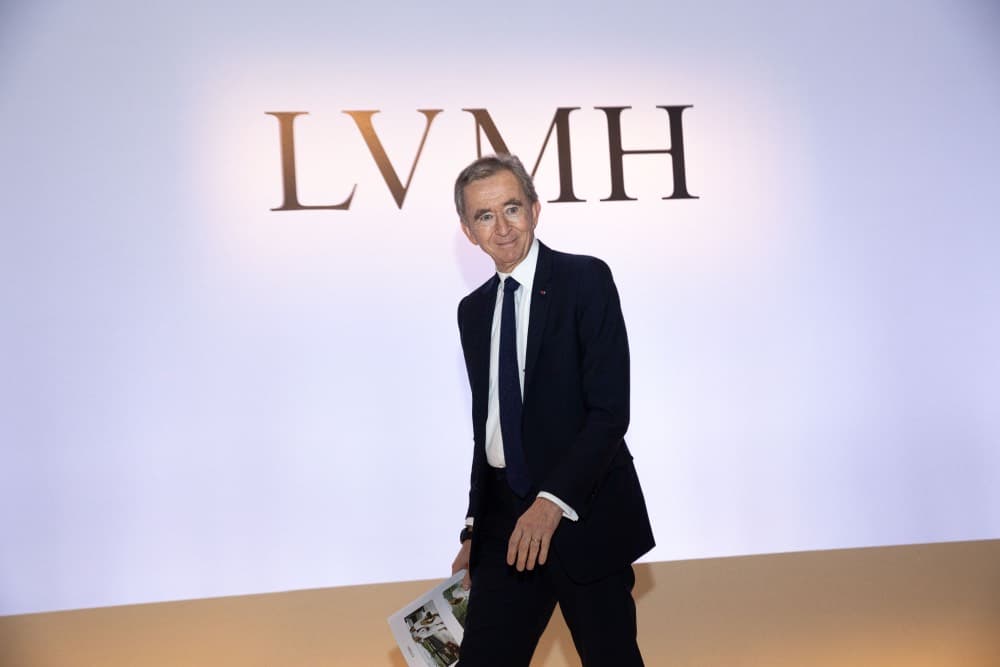 He is the chairman and chief executive of LVMH Moët Hennessy – Louis Vuitton SE, the largest luxury goods company in the world. Arnault is, as of Dec 2021, the third richest person in the world and the richest person from Europe with an estimated net worth of $194.4 billion.

William Henry Gates III (born October 28, 1955) is an American business magnate, software developer, investor, author, and philanthropist. He is a co-founder of Microsoft with his late childhood friend Paul Allen. During his career at Microsoft, Gates held the positions of chairman, chief executive officer (CEO), president, and chief software architect, and was the largest single shareholder until May 2014. He is considered one of the most prominent entrepreneurs of the microcomputer revolution in the 1970s and 1980s. 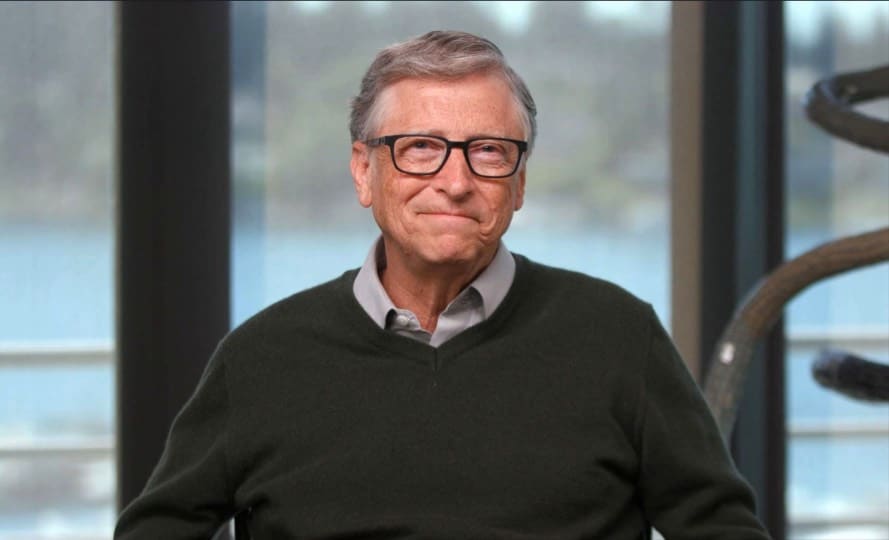 William Henry Gates III (born October 28, 1955) is an American business magnate, software developer, investor, author, and philanthropist. He co-founded Microsoft with his late childhood friend Paul Allen. During his career at Microsoft, Gates held the positions of chairman, chief executive officer (CEO), president, and chief software architect, and was the largest single shareholder until May 2014. He is considered one of the most prominent entrepreneurs of the microcomputer revolution in the 1970s and 1980s. 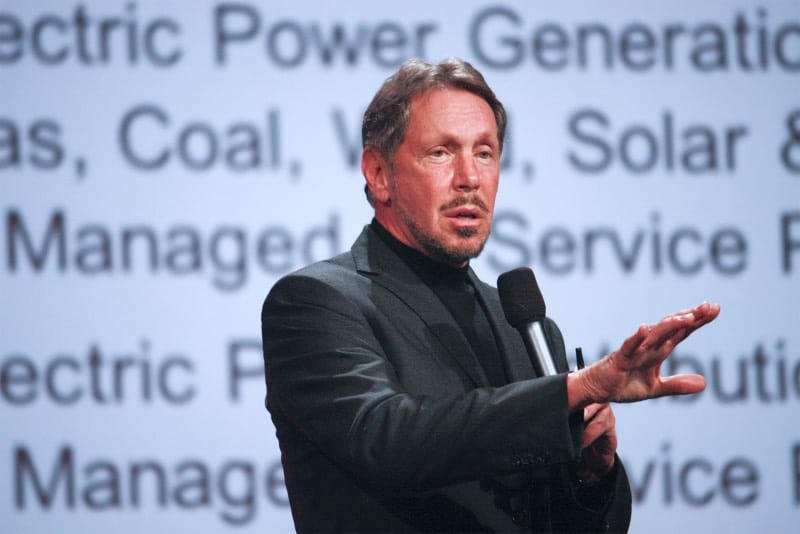 As of December 2021, he was the eighth richest person in the United States and the ninth richest in the world, according to the Bloomberg Billionaires Index, with a fortune of $108 billion, up from $57.3 billion in 2018. He also owns the 43rd largest island in the United States, Lanai in the Hawaiian Islands with a population of just over 3200.

Lawrence Edward Page is an American computer scientist and Internet entrepreneur. He is best known as one of the co-founders of Google, along with Sergey Brin. 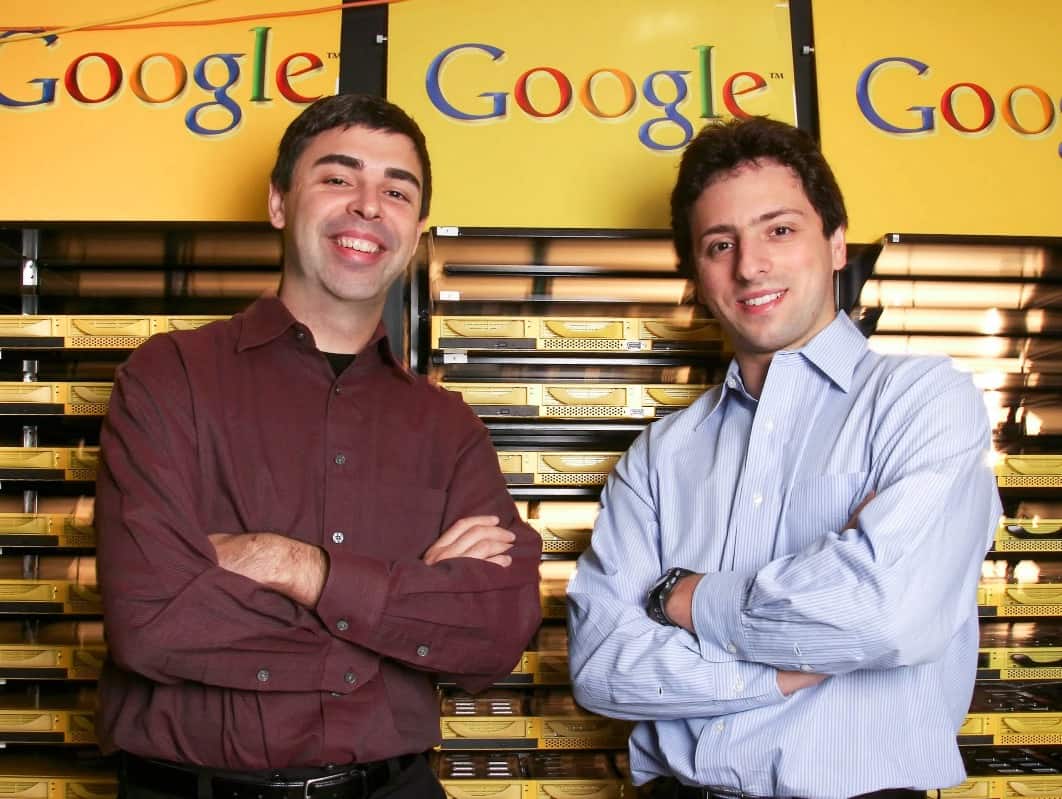 Page was Chief Executive Officer of Google from 1997 to August 2001 (when he stepped down in favour of Eric Schmidt), and then from April 2011 to July 2015, when he became CEO of Alphabet Inc. (which was created as Google’s parent company to make “great strides”), a post he held until Dec. 4, 2019. He remains a board member, employee and major shareholder of Alphabet.

In founding Google, he has built a substantial fortune. According to Forbes, Page has a net worth of about $123.2 billion as of December 2021, making him the fifth richest person in the world.

Page is the co-inventor and namesake of PageRank, a search algorithm for Google. Along with his co-author Brin, he received the Marconi Prize in 2004. He also has Greek citizenship

Mark Elliot Zuckerberg is an American media magnate, internet entrepreneur, and philanthropist. He is best known as the co-founder of Meta Platforms, Inc. (formerly Facebook, Inc.) and serves as the company’s Chairman, Chief Executive Officer, and major shareholder. He is also a co-founder of the Breakthrough Starshot solar sail spaceship development project and serves as one of the project’s board members, 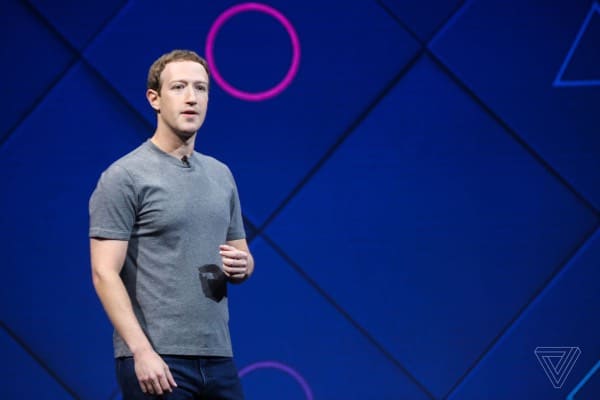 Zuckerberg attended Harvard College, where he founded the social networking service Facebook in his dorm room in February 2004 with roommates Eduardo Saverin, Andrew McCollum, Dustin Moskovitz and Chris Hughes. Originally launched for select college campuses, the site quickly and eventually expanded beyond colleges, reaching one billion users by 2012. Zuckerberg took the company public with majority shares in May 2012. In 2007, at the age of 23, he became the world’s youngest self-made billionaire. As of December 2021, Zuckerberg’s net worth was $119.4 billion, making him the 7th richest person in the world.

Sergey Mikhaylovich Brin is an American business magnate, computer scientist, and Internet entrepreneur. He co-founded Google with Larry Page. Brin served as president of Google’s parent company, Alphabet Inc. until his resignation on December 3, 2019. He and Page remain at Alphabet as co-founders, major shareholders, board members, and employees. As of December 2021, Brin is the 8th richest person in the world with an estimated net worth of $118.7 billion.

Brin immigrated to the United States from the Soviet Union with his family at the age of six. He earned his bachelor’s degree from the University of Maryland, University Park, where he followed in the footsteps of his father and grandfather and studied mathematics and computer science. After graduation, he enrolled at Stanford University to pursue a doctorate in computer science. There he met Page, with whom he developed a Web search engine. The programme became popular at Stanford, and they interrupted their doctoral studies to found Google in Susan Wojcicki’s garage in Menlo Park.

Warren Edward Buffett is an American business magnate, investor, and philanthropist. He is currently the chairman and CEO of Berkshire Hathaway. He is considered one of the most successful investors in the world and has a net worth of over $107.5 billion (as of December 2021), making him the 9th richest person in the world. 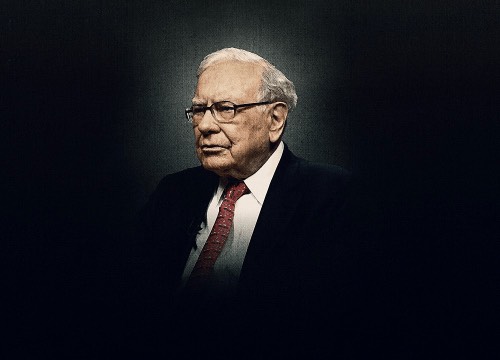 Buffett has been the chairman and largest shareholder of Berkshire Hathaway since 1970. He is referred to by media around the world as the “Oracle” or the “Sage” of Omaha. He is known for his adherence to value investing and his frugality despite his immense wealth. A study published at Oxford University characterised Buffett’s investment methodology as “founder-centrism,” characterised by deference to managers with a founder mentality, an ethical attitude toward the shareholder collective, and an intense focus on exponential value creation. Essentially, Buffett’s focused investments protect managers from short-term market pressures.

Buffett is a notable philanthropist who has pledged to donate 99 per cent of his wealth to philanthropic causes, primarily through the Bill & Melinda Gates Foundation. Together with Bill Gates, he founded The Giving Pledge in 2009, in which billionaires pledge to donate at least half of their wealth.

Buffett was elected to the American Philosophical Society in 2009.

Steven Anthony Ballmer is an American businessman and investor who served as Chief Executive Officer of Microsoft from 2000 to 2014. He is the current owner of the Los Angeles Clippers of the National Basketball Association (NBA). As of December 2021, Forbes estimates his wealth at $103.7 billion, making him the 10th richest person in the world. 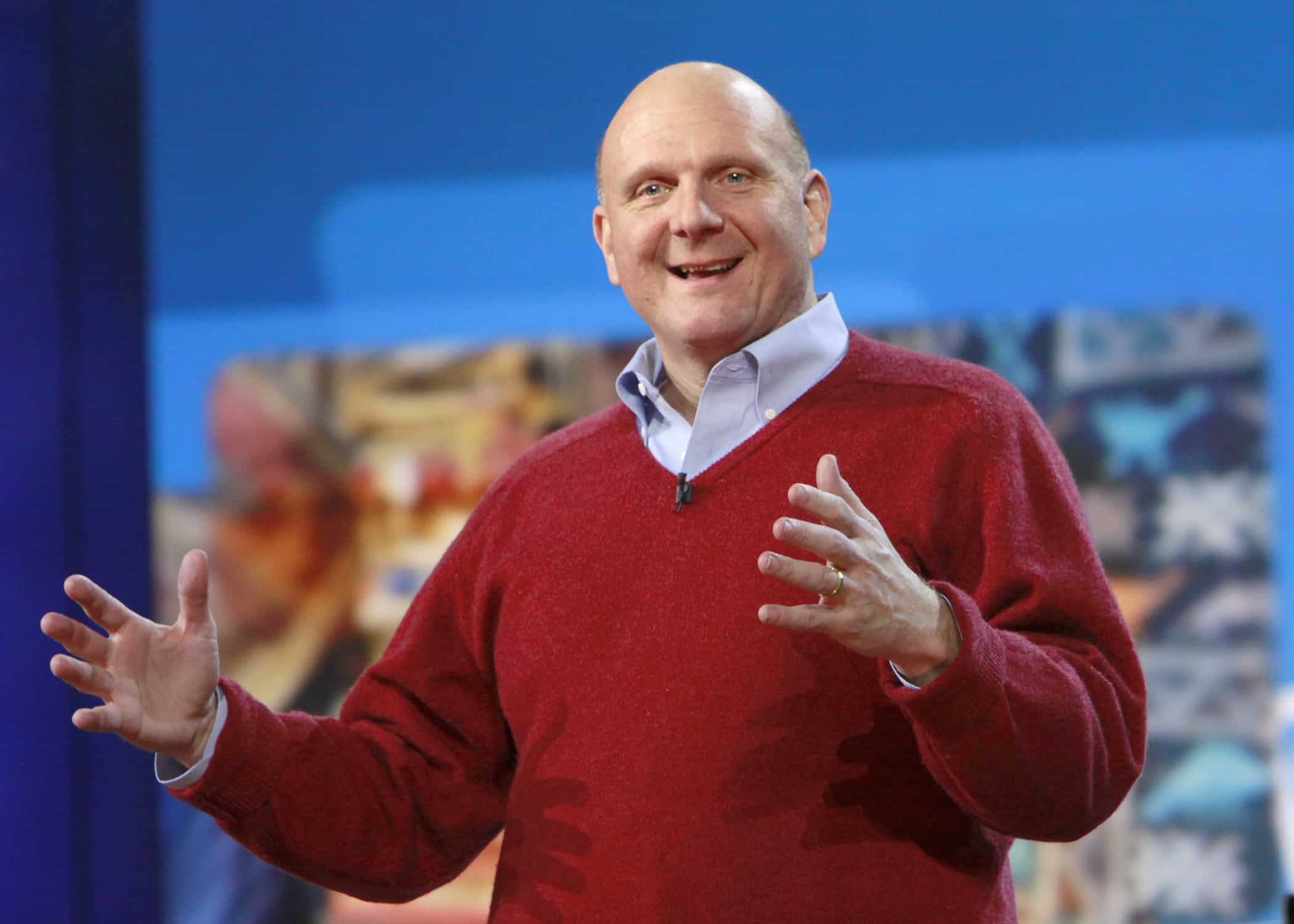 Ballmer was hired by Bill Gates at Microsoft in 1980 and then dropped out of the MBA programme at Stanford University. He eventually became president in 1998 and replaced Gates as CEO on January 13, 2000. On February 4, 2014, Ballmer stepped down as CEO and was replaced by Satya Nadella. Ballmer remained on Microsoft’s board of directors until August 19, 2014, when he left the company to prepare for a new teaching position.

His tenure and legacy as Microsoft CEO received a mixed reception. The company tripled its revenue and doubled its profits, but lost its market dominance and missed the boat on 21st-century technology trends, such as the rise of smartphones in the form of the iPhone and Android.

if you want your name in the Forbes list of richest billionaires, you may have to become a technological innovator or a retail king. Or you can keep it simple and focus on value investing. It also can not hurt if, like some of the super-rich, you come from a wealthy home. However, the greatest fortunes on this list started as great ideas from people who had the creativity, drive and connections to make them happen.

Also, read our new article to know Who Is The Richest Woman In The World 2021.