Who is the richest woman in the world?

Most of the attention is usually on men, but what about the richest women?

Can you even hazard a guess as to who you think will appear on this list? You probably think of the richest men, like Bill Gates, Warren Buffett, Jeff Bezos, but no women…

Let us find out in this article where we list the Top 10 Richest Woman in the World as of December 2021. Many of these women are heirs to their parents’ fortunes and have taken over their fathers’ businesses to the next level. Others have built their businesses from the scratch. 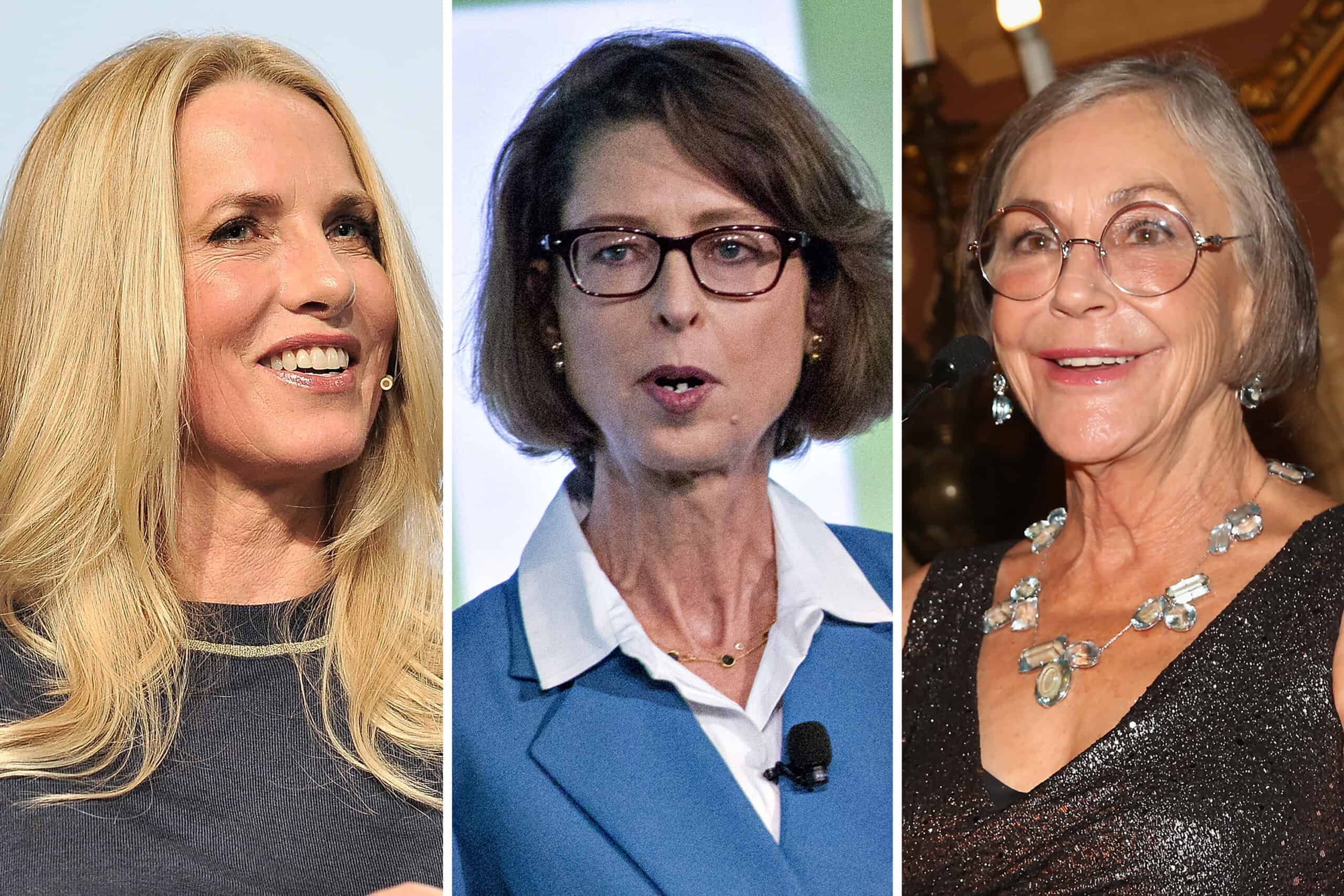 Let us take a look at the list of the richest woman in the world in a simplified way.

Top 10 Richest Woman In The World Françoise Bettencourt Meyers ( born 1953 ) is a French billionaire heiress and the richest woman in the world.

She was raised a strict Catholic and has written several Bible commentaries. She is the only daughter and heiress of Liliane Bettencourt. She married Jean-Pierre Meyers, the grandson of a rabbi murdered at Auschwitz, and they raised their children Jean-Victor and Nicolas as Jews. Their marriage sparked controversy as her grandfather Eugène Schueller, the founder of L’Oreal, was on trial for collaborating with the Nazi government. Bettencourt Meyers and her family still own a 33% stake in the company.

In 2008, she sued François-Marie Banier for taking money from her mother and initiated proceedings to have her mother declared of unsound mind. The revelations in the secret recordings she used as evidence led to the Woerth-Bettencourt scandal.

In December 2010, Bettencourt Meyers announced that she had settled out of court with both her mother and Banier.

Her mother died in September 2017, and her net worth was about $39.5 billion, making Bettencourt Meyers one of the 20 richest people in the world. Alice Louise Walton (born October 7, 1949) is an American heiress to the Walmart fortune. As of September 2016, she owned over US$11 billion worth of Walmart stock. As of December 2021, Walton had a net worth of US$60.7 billion. This makes her the 20th richest person and the second richest woman in the world, according to the Bloomberg Billionaires Index.

Walton was born in Newport, Arkansas. She grew up with her three brothers in Bentonville, Arkansas, and graduated from Bentonville High School in 1966. She graduated from Trinity University in San Antonio, Texas, with a B.A. in economics. 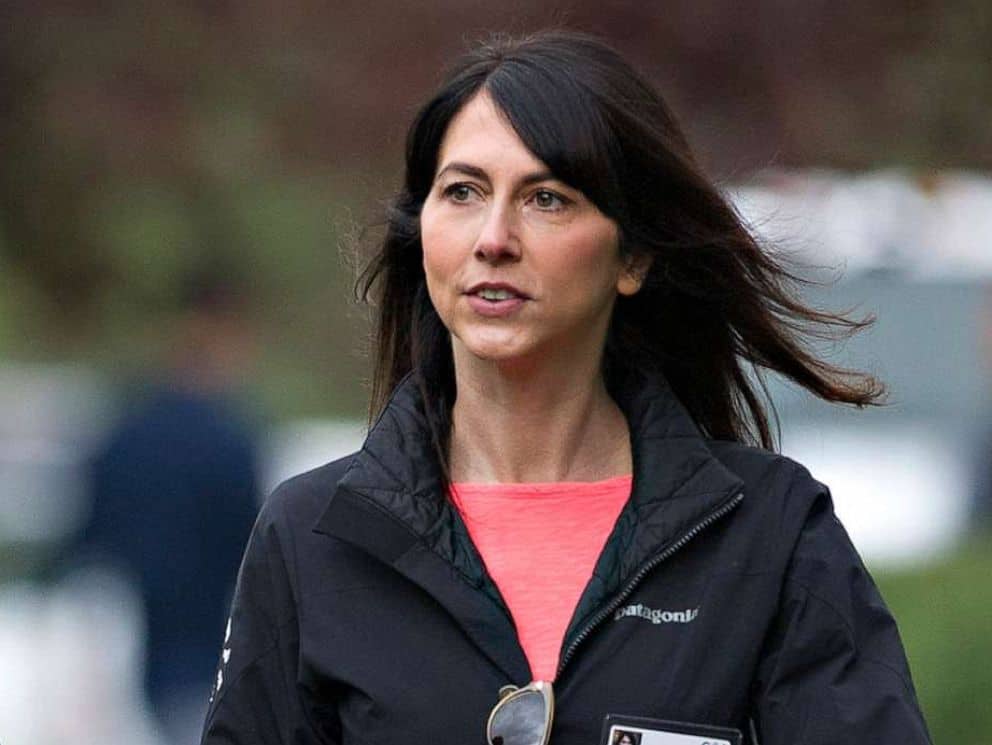 MacKenzie Scott is an American novelist and philanthropist. As of November 2021, she had a net worth of $62.2 billion, which she owes to a 4% stake in Amazon. This makes Scott the third richest woman in the United States and the 21st richest person in the world. She is known for her involvement in the creation and development of Amazon, as well as her now-defunct marriage to Jeff Bezos. She is a signatory to the Giving Pledge, a commitment to donate at least half of her wealth to charity. In 2020, Scott donated $5.8 billion to charity, one of the largest annual gifts to nonprofits by an individual. In 2021, she donated another $2.7 billion.

In 2006, Scott won an American Book Award for her 2005 debut novel, The Testing of Luther Albright. Her second novel, Traps, was published in 2013. She is the CEO of Bystander Revolution, which she founded in 2014, and was named one of Time’s 100 Most Influential People of 2020. 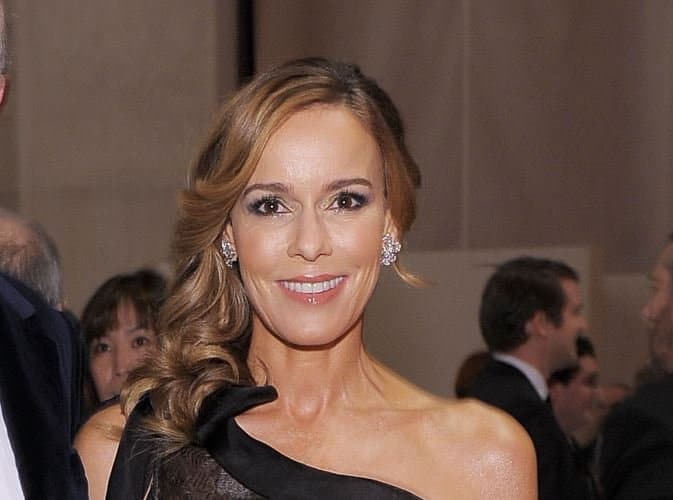 Julia Margaret Flesher Koch (born April 12, 1962) is an American socialite, billionaire, philanthropist, and one of the richest women in the world. She inherited her fortune from her husband David Koch, who passed away in 2019. As of January 2020, Forbes estimates her and her family’s net worth at $43 billion, while Bloomberg estimates it at $61.6 billion.

Julia Margaret Flesher was born on April 12, 1962. Her family came from a farming background, but when she was born, her parents, Margaret and Frederic Flesher had a furniture store called Fleshers. Her early childhood was spent in Indianola, Iowa, but when she was eight years old, she moved to Arkansas, where her parents opened a clothing store called Peggy Frederic’s, which she described as “a beautiful, beautiful store.” In 1998, her mother still lived in Conway, but her father had moved back to Indianola. 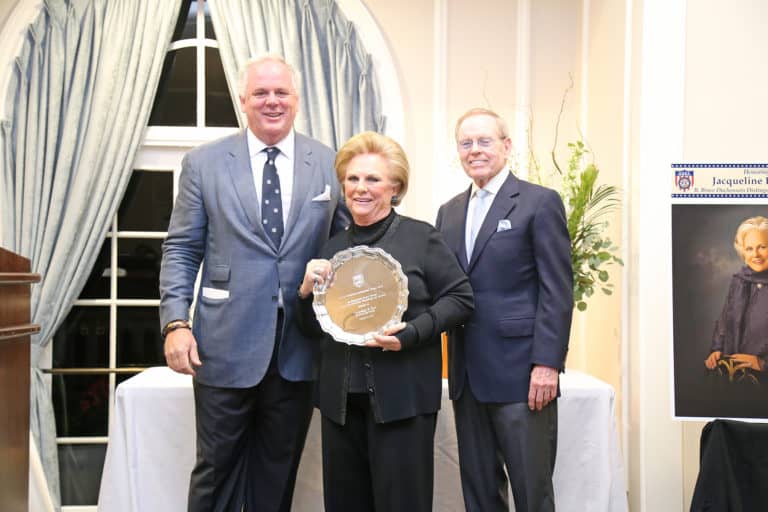 Jacqueline Mars (born October 10, 1939) is an American heiress and investor. She is the daughter of Audrey Ruth (Meyer) and Forrest Mars, Sr. and granddaughter of Frank C. Mars, founder of the American candy company Mars, Incorporated. As of April 2021, Mars was the 48th richest person in the world with a net worth of $43.4 billion, according to the Bloomberg Billionaires Index.

Jacqueline Mars was born on October 10, 1939. She attended and graduated from Miss Hall’s School boarding school in Pittsfield, Massachusetts. She graduated from Bryn Mawr College in 1961 with a degree in anthropology. 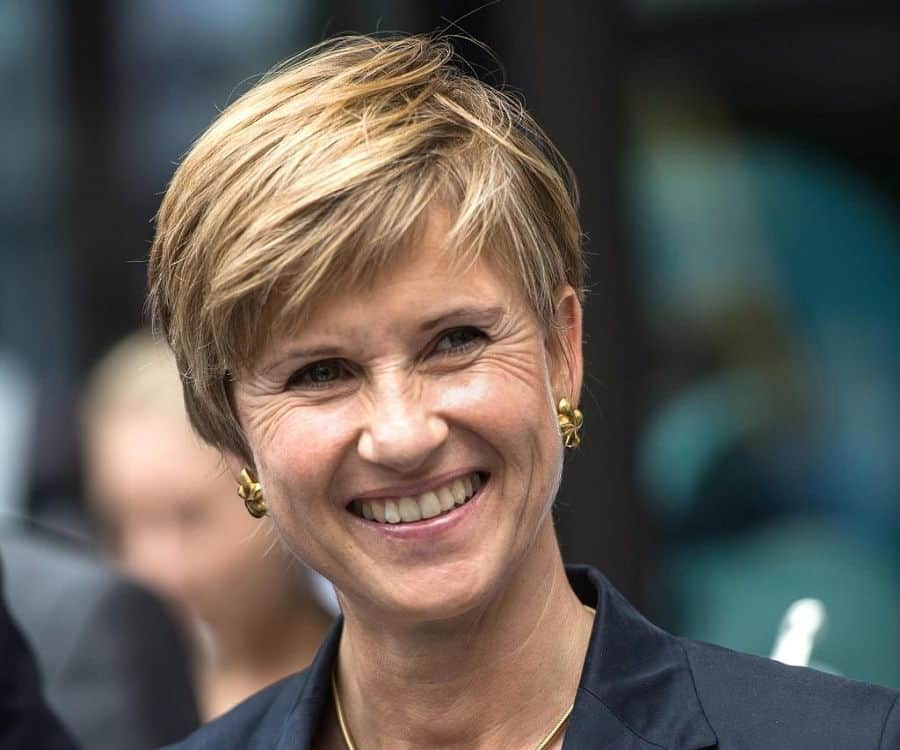 Susanne Hanna Ursula Klatten is a German billionaire heiress, the daughter of Herbert and Johanna Quandt. As of November 2021, her net worth was estimated at $27.7 billion. This makes her the richest woman in Germany and the 65th richest person in the world, according to the Bloomberg Billionaires Index.

Klatten was born in Bad Homburg, Germany. After graduating with a degree in finance, she worked for the advertising agency Young & Rubicam in Frankfurt from 1981 to 1983. This was followed by studies in marketing and management at the University of Buckingham and an MBA at the IMD Business School in Lausanne with a focus on advertising.

She has often worked under the name Susanne Kant. Miriam Adelson (born October 10, 1945) is an Israeli-American physician and billionaire. After her marriage to American business magnate Sheldon Adelson in 1991, she became a donor to conservative political causes in the United States and Israel. The Adelsons donated to Donald Trump’s 2016 presidential campaign, his inauguration, his defence fund against the Mueller investigation into Russian interference, and the 2020 campaign.

She is the current editor of the Israel Hayom newspaper. She is also a voting member of the College of Southern California Board of Trustees.

Miriam and Sheldon Adelson were the 2008 recipients of the Woodrow Wilson Award for Corporate Citizenship from the Smithsonian Institution’s Woodrow Wilson International Center for Scholars. In 2013, she received honorary citizenship in Jerusalem. In 2018, she was awarded the Presidential Medal of Freedom by Donald Trump.

As of June 2021, Adelson is the 44th-richest person, the 5th-richest woman and the richest Israeli in the world, with an estimated net worth of $29.6 billion according to the Bloomberg Billionaires Index through her majority stake in Las Vegas Sands. Abigail Pierrepont Johnson (born December 19, 1961) is an American billionaire businesswoman. Since 2014, Johnson has been president and chief executive officer of the American investment company Fidelity Investments (FMR) and chairwoman of its international sister company Fidelity International (FIL). Fidelity was founded by her grandfather, Edward C. Johnson II. Her father, Edward C. “Ned” Johnson III, remains chairman emeritus of FMR. As of March 2013, the Johnson family owned a 49% stake in the company, with Johnson himself holding an estimated 24.5%.

In November 2016, Johnson was named chairwoman and remained CEO and president, giving her full control of Fidelity, which has 45,000 employees worldwide. Johnson’s net worth is about $22.6 billion, making her one of the richest women in the world. She was named the richest person in America’s 50 largest cities in 2016 by Forbes and the 9th most powerful woman in 2020. She was also the richest person in Massachusetts in 2020. 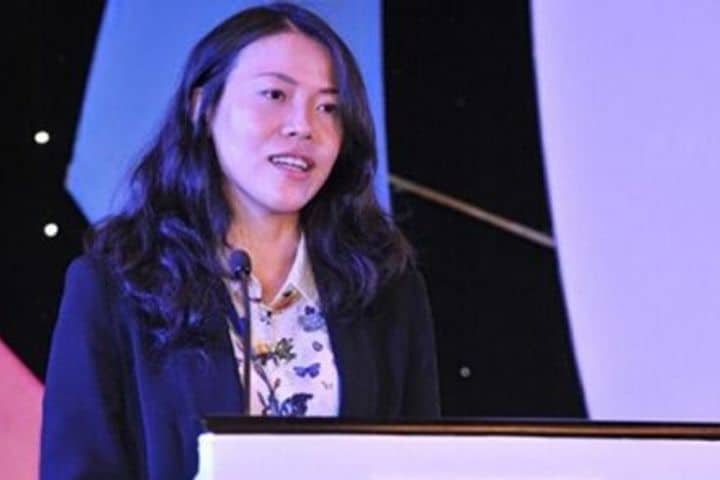 Yang Huiyan is a Chinese-born billionaire businesswoman and real estate developer. She took up Cypriot citizenship in 2018 and is the majority shareholder of Country Garden Holdings, a company that was largely transferred to her by her father Yang Guoqiang in 2007. She is the richest woman in Asia.

Her father Yang Guoqiang founded Country Garden, a real estate company, in 1997 and transferred 70% of Country Garden’s shares to her before its IPO in 2007. Country Garden’s IPO raised about $1.6 billion, as much as Google raised in the United States in 2004. As of August 2021, Yang had a net worth of $27.3 billion. According to Forbes, Yang is vice-chair of the board’s governance committee and helped raise $410 million through new stock sales in 2014.

Yang earned her Bachelor of Arts/Science degree from Ohio State University in 2003, where she was a member of the National Society of Collegiate Scholars (NSCS).

According to leaked documents referred to as “The Cyprus Papers,” Yang obtained Cypriot citizenship in 2018, although China does not recognise dual citizenship. Rinehart is the richest person in Australia. Her fortune reached around A$29 billion in 2012, replacing Christy Walton as the world’s richest woman and making the Forbes list of the 100 most powerful women in the world. In the years that followed, Rinehart’s net worth dropped significantly due to a slowdown in Australia’s mining sector.

Forbes estimated her net worth at $14.8 billion in 2019, as published in its list of Australia’s 50 richest people. However, due to increased demand for Australian iron ore, her wealth was rebuilt during 2020, resulting in her net worth being estimated at over A$30 billion in the Financial Review Rich List 2021 in May 2021; while The Australian Business Review reported her wealth at A$36.28 billion in March 2021. In September 2020, Forbes ranked Rinehart among the world’s ten richest women.

Also, read our new article to know what are the Top 12 Most Expensive Tequila Brands.

Who is the Richest Woman in the World?

Francoise Bettencourt Meyers is the richest woman in the world with a Networth of $92.8 Billion.

Who is the Richest Black Woman in the World?

Folorunsho Alakija is the Richest Black Woman in The World.

Folorunsho Alakija (born 15 July 1951) is a Nigerian billionaire, businesswoman and philanthropist. She is involved in the fashion, oil, real estate and printing industries. She is the Executive Director of the Rose of Sharon Group, which includes The Rose of Sharon Prints & Promotions Limited and Digital Reality Prints Limited, and the Vice Chairman of Famfa Oil Limited.